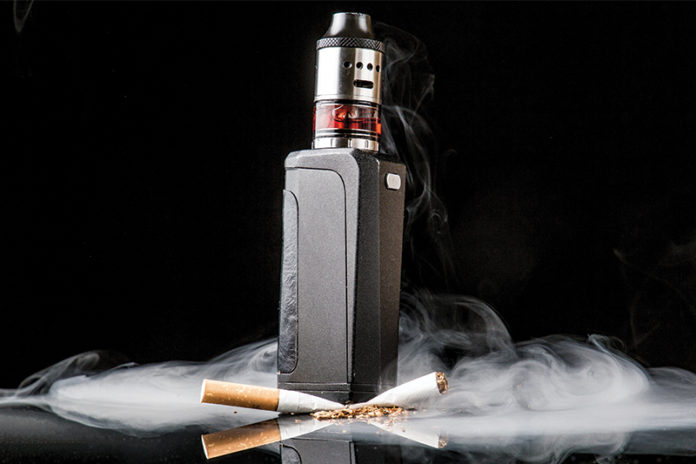 Rep. Rosa DeLauro (D-CT) has introduced a new bill that sets out to prevent and reduce the use of tobacco products in America. H.R. 293, also known as the Youth Vaping Prevention Act of 2019, builds on 2018’s government attention to the growing use of e-cigarettes and vapor products among America’s youth. Citing many facts and figures that illustrate the popularity of e-cigarettes among middle and high school students and how the use of these products serves as a gateway to other health issues and increased tobacco use overall, H.R. 293 has the potential to impact more than just vape and e-cigarette manufacturers and products if passed.

This bill tackles flavors found in tobacco products, another hot-button issue of 2018. In the bill, it reads, “… a tobacco product that is not a cigarette, or any component, part, or accessory of such a product, shall not contain, as a constituent (including a smoke or aerosol constituent) or additive, an artificial or natural flavor (other than tobacco) or an herb or spice (including menthol, strawberry, grape, orange, clove, cinnamon, pineapple, vanilla, coconut, licorice, cocoa, chocolate, cherry, and coffee) that is a characterizing flavor of the tobacco product, tobacco smoke, or aerosol emitted from the product.” The only exception the bill provides for is in terms of electronic nicotine delivery systems (ENDS), which will be allowed to use flavors if the manufacturer can prove the flavor will increase the odds of smoking cessation for the user, will not lead to increased youth use, and will not come with increased harm to the users–all very steep conditions for manufacturers to meet.

H.R. 293 also seeks to establish an equal excise tax among all tobacco product tax rates. To do this, it proposes changing Section 5701(f) of the Internal Revenue Code of 1986. For smokeless tobacco, this means changing $1.51 in paragraph 1 of Section 5701(e) to $13.42; in paragraph 2, 50.33 cents would change to $5.37; and also changing the wording so that the end reads, “SMOKELESS TOBACCO SOLD IN DISCRETE SINGLE-USE UNITS.–On discrete single-use units, $50.33 per thousand.” It also wants to change the code to ensure that “discrete single-use unit” is added, which would refer to any product containing tobacco that is not intended to be smoked and is in the form of a lozenge, tablet, pill, pouch, dissolvable strip, or other discrete single-use or single-dose unit. The bill would also address the tax rate for other tobacco products including large cigars and products defined as a tobacco product by the U.S. Food and Drug Administration (FDA).

A similar bill was previously introduced by DeLauro and it gained a few co-sponsors but went nowhere. H.R. 293 currently has no co-sponsors. If passed, this bill could prove damaging for the tobacco industry as it would strongly restrict the use of flavors in tobacco products. Its proposed amendments to the tax code would make many tobacco products–including cigarettes, pipe tobacco, cigars and other covered products–more expensive. The government’s interest in flavors in tobacco products was the focus of one of its Advanced Notices of Proposed Rulemaking (ANPRMs) [read more here]. FDA Commissioner Scott Gottlieb announced some proposed policies impacting flavored e-cigarettes, menthol cigarettes and flavored cigars [read more here]. The bill also addresses the sale of some tobacco products across state lines, making mail-order and internet sales harder. This is meant to address youth access to these products and the collection of tobacco-related taxes between states.

You can read H.R. 293 here. For all the latest legislation and FDA news impacting the tobacco industry, click here.