While Philip Morris International has not responded to the latest opposition to its iQOS product, the company’s stock has fallen due to the negative reports that have come out against iQOS’ modified-risk claims.

The letter in its entirety is as follows:

On January 25, 2018, the Food and Drug Administration’s (FDA) Tobacco Products Scientific Advisory Committee (TPSAC) concluded that tobacco manufacturer Philip Morris International (PMI) failed to demonstrate that its IQOS product would reduce the risk of disease compared to cigarettes or that IQOS users would stop smoking cigarettes. PMI also failed to alleviate concerns about youth use. As you are aware, the statutory requirements under the Family Smoking Prevention and Tobacco Control Act (Tobacco Control Act) are explicit about modified risk tobacco products (MRTP) needing to both substantially reduce harm of disease to individual tobacco users and benefit population health. Due to the inadequacy of PMI’s application to satisfy the MRTP requirements, we urge FDA to heed the multiple concerns identified by TPSAC and reject the IQOS applications for modified risk claims.

Many of us wrote to you in October urging a strict adherence to the Tobacco Control Act’s statutory requirements when evaluating applications for MRTP claims. Such thorough review is especially critical given the tobacco industry’s deceitful history of marketing products under the guise of lower risk. The 8-0 TPSAC vote rejecting PMI’s proposed claim that “scientific studies have shown that switching completely from cigarettes to the IQOS system can reduce the risks of tobacco-related diseases,” demonstrates that PMI has failed to produce the necessary evidence for IQOS to meet the MRTP requirements. Additionally, the unanimous TPSAC vote finding that PMI failed to show that consumers would “accurately understand the risks of IQOS” underscores the need for FDA to reject these MRTP applications.

In evaluating the IQOS product, both the FDA’s briefing document and the TPSAC findings identified serious shortcomings in PMI’s application. PMI failed to provide evidence about the impact of the product on youth initiation—leaving major gaps in the application, given the importance of youth perceptions and weight of youth initiation in satisfying the statutory MRTP requirements. Another core component of the population-wide assessment is the likelihood that current smokers would stop using cigarettes and switch to another product. However, TPSAC raised substantial doubts that current smokers would completely switch to the IQOS system (with 7 of 9 members indicating a low likelihood), and instead found it likely that current smokers would become long-term dual users of IQOS and cigarettes. Additionally, a December 20 Reuters report documented substantial concerns regarding the personnel involved and sophistication of PMI’s clinical trials, calling into question the scientific quality of PMI’s application and necessitating an audit by FDA before further consideration. Overall, these patterns-of-use findings and lack of demonstrated evidence by PMI again fall short of the statutory MRTP requirements.

Many of us have also raised serious concerns about FDA’s decision to delay the requirement that manufacturers submit applications to FDA for newly deemed products now on the market, such as e-cigarettes. This delay is especially problematic in light of the findings by National Academies of Sciences, Engineering, and Medicine that there is “substantial evidence” that e-cigarette use by youth increases the likelihood those youth will smoke cigarettes. We look forward to working with you to expeditiously implement important provisions of the deeming rule, and we urge you to avoid rushing through new products, such as IQOS, to fit within this evolving FDA policy, without requiring strong evidence that any such product will reduce the risk of disease, result in a large number of smokers quitting, and not increase youth tobacco use.

As FDA finalizes its decision on the IQOS MRTP application, we urge you to thoughtfully consider the TPSAC findings and MRTP statutory requirements, and reject PMI’s application. 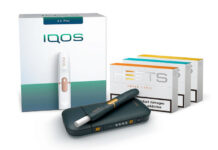 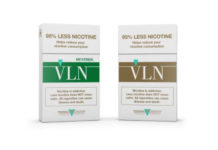 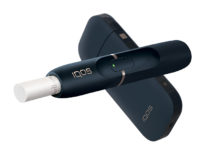