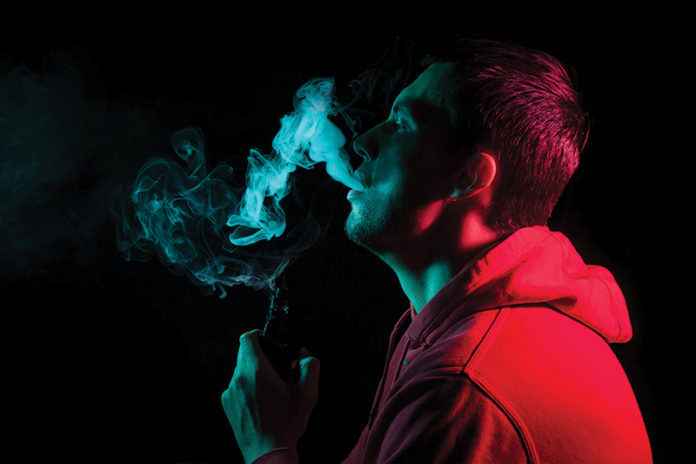 After six deaths and 450 cases of the mysterious vaping-related lung illness [read more here], the Trump Administration has announced that the U.S. Food and Drug Administration (FDA) will be finalizing compliance policies that would prioritize the agency’s enforcement of the pre-market authorization requirements for non-tobacco flavored e-cigarettes. The move would remove flavored e-cigarette products from the market in an effort to prevent youth use.

“The Trump Administration is making it clear that we intend to clear the market of flavored e-cigarettes to reverse the deeply concerning epidemic of youth e-cigarette use that is impacting children, families, schools and communities,” said Health and Human Services Secretary Alex Azar. “We will not stand idly by as these products become an on-ramp to combustible cigarettes or nicotine addiction for a generation of youth.”

This moves comes as new data from the National Youth Tobacco Survey were released, showing a rise in youth e-cigarette use and the popularity of flavors among young users. The data showed that more than a quarter of high school students were e-cigarette users in 2019. Many of these users admitted to using popular fruit, menthol or mint flavors.

“We appreciate President Trump and Secretary Azar’s continued support of the agency’s efforts to prevent youth use of e-cigarettes, including the bold approach we’re announcing today. Once finalized, this compliance policy will serve as a powerful tool that the FDA can use to combat the troubling trend of youth e-cigarette use. We must act swiftly against flavored e-cigarette products that are especially attractive to children. Moreover, if we see a migration to tobacco-flavored products by kids, we will take additional steps to address youth use of these products,” commented Acting FDA Commissioner Ned Sharpless, M.D. “The tremendous progress we’ve made in reducing youth tobacco use in the U.S. is jeopardized by this onslaught of e-cigarette use. Nobody wants to see children becoming addicted to nicotine, and we will continue to use the full scope of our regulatory authority thoughtfully and thoroughly to tackle this mounting public health crisis.”

The ban that the Trump Administration is pushing for would impact all non-tobacco flavors of e-cigarettes, including menthol and mint, and would dramatically impact e-cigarette manufacturers and retailers. Companies would be able to re-introduced these banned products to the market, but only after going through the FDA’s pre-market authorization process which would not only take time but money and resources that many businesses simply wouldn’t be able to meet. It will take the FDA several weeks to develop these new guidelines.

Tobacco flavored e-cigarettes would remain on the market, a move that Azar says is aimed at adults that may want to use them in an effort to quit smoking traditional combustible cigarettes. If, however, tobacco-flavored e-cigarettes suddenly become popular among youth following the flavor ban, then those products would also be put under the same scrutiny and ban as flavored products.

Vaping and e-cigarettes have been under the microscope for the past year after former FDA Commissioner Scott Gottlieb called the increased use of vape and e-cigarette products among America’s youth an “epidemic.” In the past weeks, Gottlieb has re-emerged, calling for further action on the part of the FDA to stop the rising numbers of youth using e-cigarettes. Flavor bans have begun being passed in different states in response to the “epidemic” and Congress has begun examining the issue, with much of its scrutiny cast on JUUL Labs, the leading manufacturer of e-cigarettes in the U.S. The FDA recently sent a warning letter to JUUL Labs after accusing the company of misusing modified risks claims in its marketing [read more here].

Gregory Conley, president of the American Vaping Association, issued the following statement in regards to the Trump Administration’s support of a ban on flavored e-cigarettes and vaping products:

“We are deeply disappointed in the President’s decision to take direction from anti-vaping activists like Mike Bloomberg by attempting to ban the sale of nearly every vaping product on the market. A ban will remove life-changing options from the market that have been used by several million American adults to quit smoking.

“In the history of the United States, prohibition has never worked. It didn’t work with alcohol. It hasn’t worked with marijuana. It won’t work with e-cigarettes. The President should meet with just one of the millions of American voters who have used flavors to quit smoking before moving forward on this draconian approach to regulation and public policy.

“Destroying thousands of small businesses and sending ex-smokers back to smoking will do nothing to stop drug dealers from selling contaminated THC cartridges. A flavor ban will only lead to the creation of yet another multibillion-dollar black market that will operate with zero safety controls.”

It should be noted that this proposed flavor ban would not impact flavored cigars. The FDA has previously announced plans to consider a ban on menthol cigarettes [read more here]. You can read the full press release from the U.S. Department of Health & Human Services here. 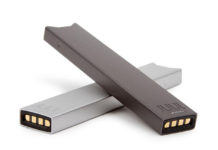 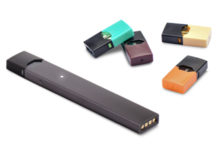