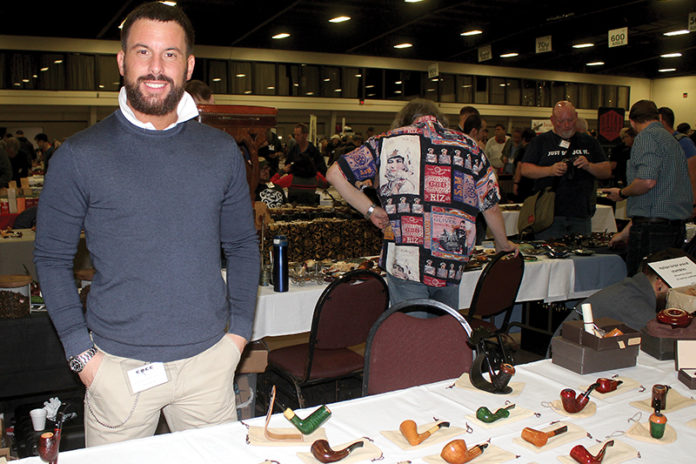 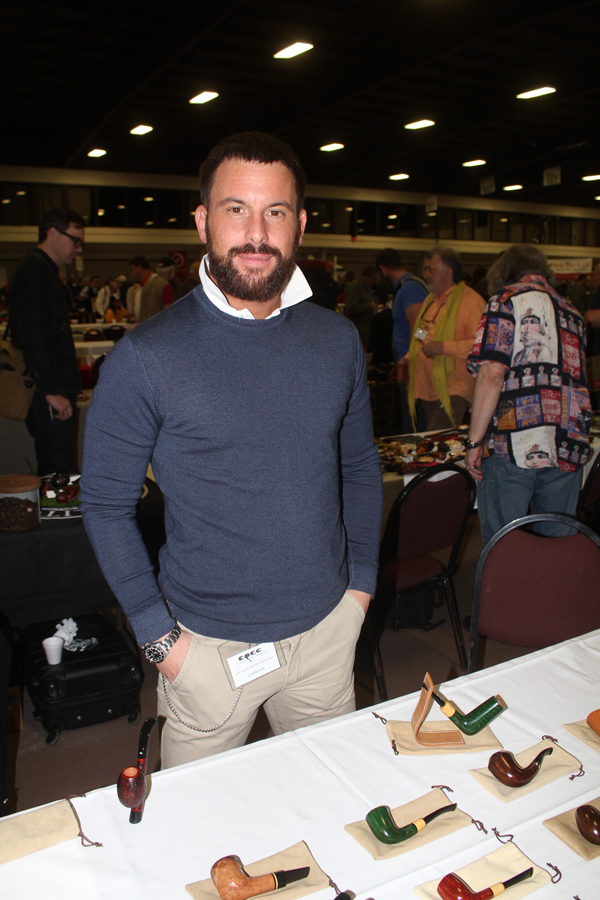 One could say that briar dust runs in the veins of the Ascorti family. Since 1959, when Guiseppe Ascorti, who was known to his friends as “Peppino,” began working at the famous Castello pipe factory in northern Italy, an Ascorti has called pipemaking his profession. Guiseppe’s son, Roberto, picked up pipemaking as his career in the 1970s after his mandatory service in the Italian military ended. Now, Roberto’s son, Tommaso, who is known to his friends as “Tommi,” is carrying on the family’s pipemaking legacy. After working at Castello for nearly a decade, Peppino established Caminetto in 1968. Since then, Caminetto has drawn legions of fans throughout the years for featuring pipes that exhibit excellent smoking qualities and interesting shapes. The Caminetto line is now being made exclusively by Tommi, who is making them out of his workshop in Switzerland. The brand might have drawn special attention if only for its full name—Caminetto La Pipa del Baffo (which is Italian for “The Pipe with the Mustache”) and the unique bushy mustache logo inserted on each Caminetto pipe’s stem, but Tommi is also continuing the legacy of the Ascorti design aesthetic and reputation for creating fantastic smoking pipes.

“Every pipe I make, I think I make my grandfather—who I never met—proud,” says Tommi. “He established the company in 1968, and then my father took over the brand after my grandfather’s death in 1984. He kept it alive all those years, and since 2013 it’s my turn. I’m very proud to be able to continue the family’s legacy around the world with Caminetto, and I think I am very lucky to be able to be a pipemaker like my father and grandfather before me.”

Building Caminetto
In 1968, Peppino started Caminetto, funding the purchase of his own machinery with the help of his wife, Paola, who had inherited a green grocer after her parents had passed away. He named the brand Caminetto for the Italian word for “little chimney” in reference to a smoking pipe being like a fireplace’s chimney. After a few months of operating by himself, Peppino hired Luigi Radice, a promising young pipemaker, to become partner and help increase production.

Peppino and Luigi began making their own pipes at the beginning of 1969, and Gianni Davoli, a Milanese tobacconist, recognized the innovation that these two pipemakers were building into the Caminetto brand with the unique shapes they were creating. Davoli wanted to sell Caminetto pipes in his shop, and he also sent a few pipes to pipe merchants in the U.S. for potential distribution there.

Caminetto soon became synonymous with creativity and innovation in the pipe world throughout the 1970s. There were new shapes, and perhaps the most famous was Peppino’s Egg. There were also new finishes, such as the New Dear—a carved finish that resembles wax drippings from a candle. Caminetto soon became one of the most popular Italian pipe brands in the U.S. thanks to its reputation for quality, excellence, beauty and innovation. The brand soon achieved nationwide distribution with the Tinder Box tobacco store retail chain. 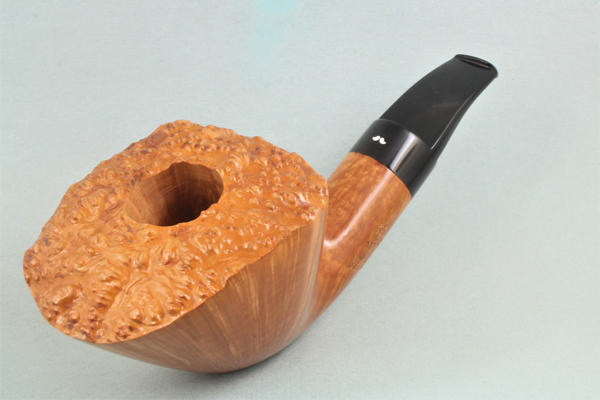 However, Caminetto’s success also heralded the brand’s downfall by the end of the decade. The relationship between Peppino and Luigi had soured, and Luigi left the company at the end of 1979. Davoli wanted to become an equal partner in the business with Peppino, but Peppino did not like the idea and stopped making Caminetto pipes. 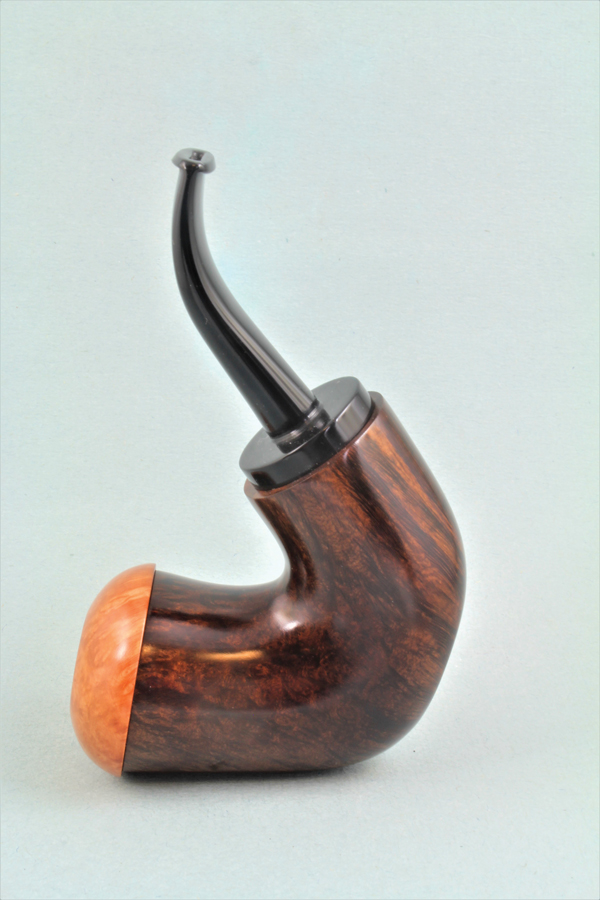 A Rising Phoenix
After Peppino’s death in 1984, Roberto and his brother, Pierangelo, rescued the brand as a way of keeping their father’s memory alive. They bought part of the rights to it from Davoli in 1985, and a year later the Caminetto brand returned to market—this time with Roberto; Roberto’s wife, Silvana; and Pierangelo making the pipes.

Born in 1958, Roberto joined Caminetto when he was still a teenager, and he performed any little job the company needed accomplished after school each day. He stamped pipes, stained them and even cut acrylic rods to make mouthpieces. When he was 14, he traveled to the Italian region of Liguria to learn how briar was excavated and cut at the mills. In 1980, Roberto started his own brand, Ascorti, with Silvana.

Together with his continuing production of Ascorti pipes, Roberto put his own personality into the Caminetto brand. While he continued to make many of Caminetto’s original classically inspired unique shapes, he made them in his own way, thus adding more variety to the line and piquing the interests of pipe smokers and collectors worldwide. He established a number of quality-control techniques that extended the making of a Caminetto pipe to nearly 100 steps and thus assured that every pipe that left his factory would deliver unparalleled smoking characteristics and be a treasured work of art that any pipe smoker would be proud to possess.