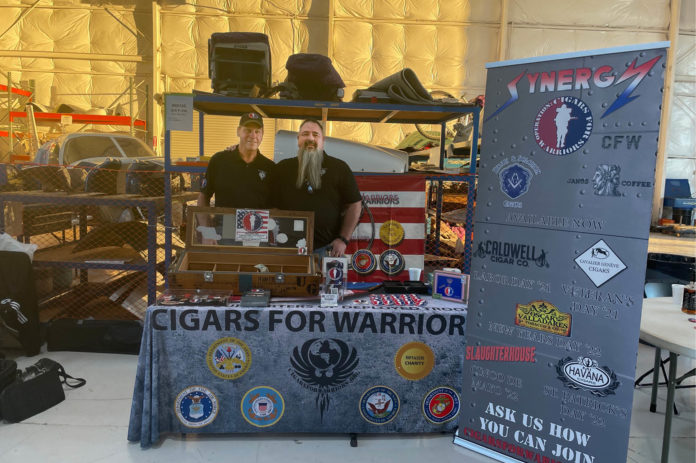 2021 was a very interesting year for Operation: Cigars for Warriors (CFW). As you can imagine, 2020 was an extremely rough year for CFW, especially when it came to monetary donations. For those that may not understand, the charity raises an average of 75 percent of its monetary donations yearly from retail shop events, festivals and special fundraisers, such as golf and pool tournaments. Another 20 percent, on average, comes from monetary donations that are mailed in from individual donors, swag purchased off of CFW’s website and companies like Drew Estate that donate an average of $50,000 each year. The last 5 percent comes from social media fundraisers and the Amazon Smile program.

A lot of people have been asking who CFW is sending cigars to now that Afghanistan no longer has any official troops deployed there. The fact is that our requests have not dropped off, as many thought would happen. They have actually increased. Our troops went through hell and are still deployed in many places still dealing with COVID-19. According to Newsweek, there are still over 32,000 service members deployed in the Middle East alone. The U.S. also has troops in South Korea, South America, Central America, Bosnia, Kosovo and Africa, among other countries. Let’s also not forget about our brothers as sisters who are posted onboard all of our deployed ships and carriers.

For those of you that have kept up on the articles in Tobacco Business about CFW these last couple of years, we have been focused on the business side of things. As an example, we wrote an article on how to make money for your company using CFW and why it works. For the retailers that have not had a chance to read CFW’s editorial in each issue, please go back and read them. Before you say, “That is the wrong reason to participate with the charity,” know that CFW wants your company to come out ahead when dealing with our charity. If you are making a lot more sales because of your connection to CFW, we will get our donations naturally. The reality is, the better your business does, the better CFW does. You should feel very proud when you are sending your monthly donations to CFW! Be proud that you did well for our two companies and that you helped take care of our deployed service men and women. 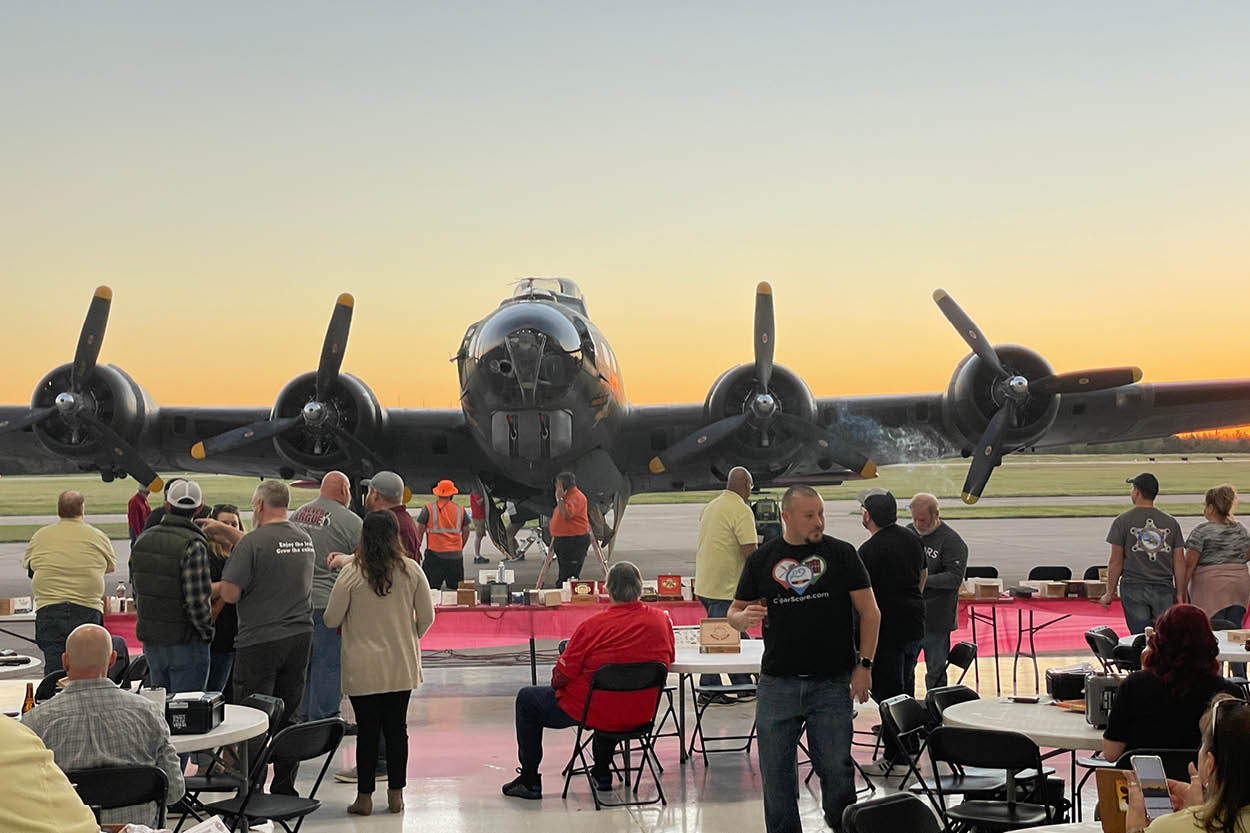 Synergy Program Takes Off
Another big topic of our articles has been the new CFW Synergy Program. The Synergy Program is something I came up with a few years ago as a way for companies to support CFW. I never dreamed anyone would want to be part of it. The basic principles of the program are that manufacturers work with the CFW marketing team to come up with a blend, box and band design for a special release. The manufacturer then donates 100 percent of the profits of this special release to CFW. This release can also only be sold at CFW’s official donation centers.

The Synergy Program really exploded in 2021, and a big part of the reason why was the Tobacco Plus Expo (TPE) trade show that was held in Las Vegas in May. We came into the show with two companies signed on: Hiram and Solomon and Caldwell Cigar Co. Both of those companies’ owners and their spouses are very big on charity and love supporting the troops in any way they can, so they were an easy sell on the program. Really, it was them that pushed it into happening. 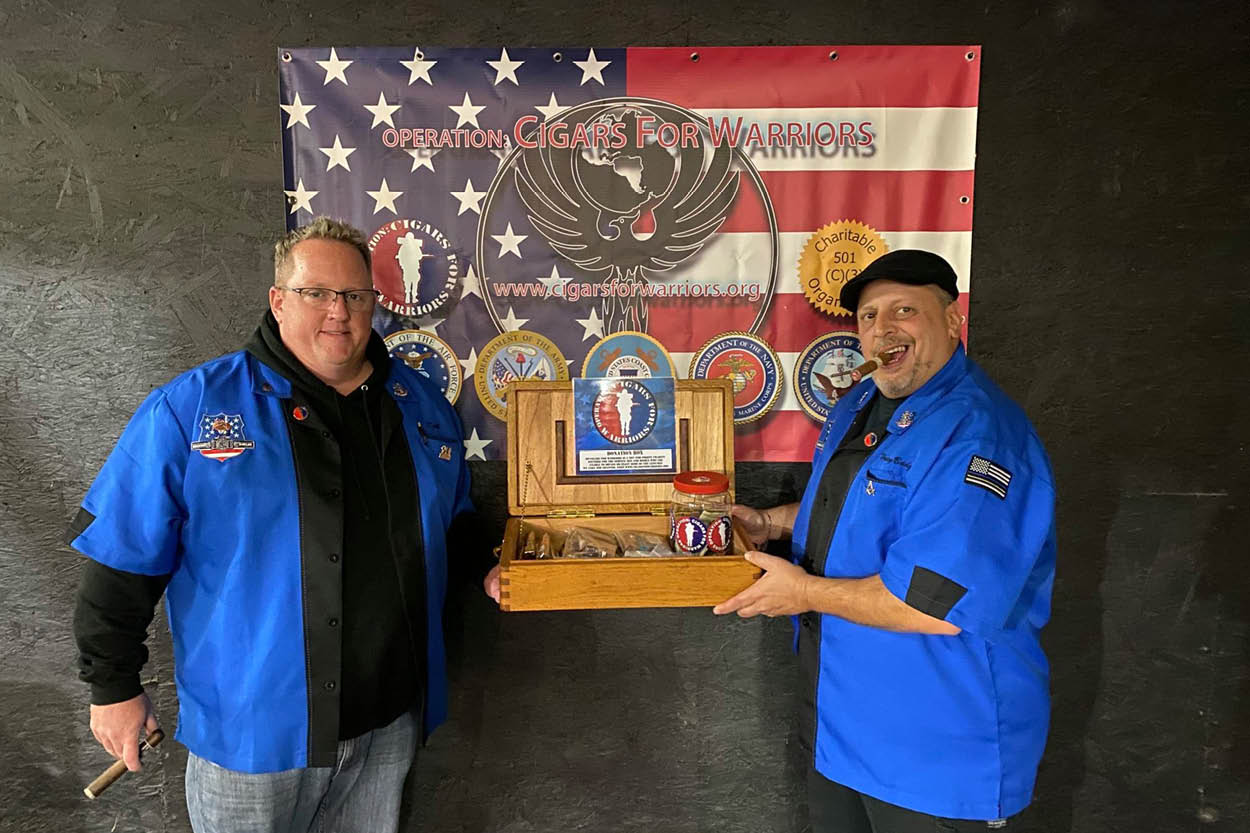 Hiram and Solomon released its CFW collaboration, a cigar called Live2Serve, at the show and nearly sold out of its first order of these limited edition cigars by the show’s end. Caldwell Cigar Co. released its CFW cigar, Mad Mofo, during Labor Day weekend, and the first part of this limited edition cigar sold out before month’s end. Retailers that are a designated CFW donation center should call Caldwell Cigar Co. now to get put on the list for the next boxes of this cigar that are scheduled to come in soon.

We initially thought it would take half a year for these cigars to catch on, and it was amazing to see all the talk and excitement about them. Additionally, we signed on over 30 stores to become CFW donation centers while at TPE. The program is designed for a maximum of six to seven cigar manufacturers. We had hoped that maybe one other company would want to be part of it, but instead we had more than the last four companies come to us asking to be part of it. We chose six manufacturers to be part of the Synergy Program so that we wouldn’t overwhelm our donation centers or our supporters who may have wanted to buy one or two boxes of each release. We also have several non-cigar companies we met at the trade show that want to be part of the Synergy Program.