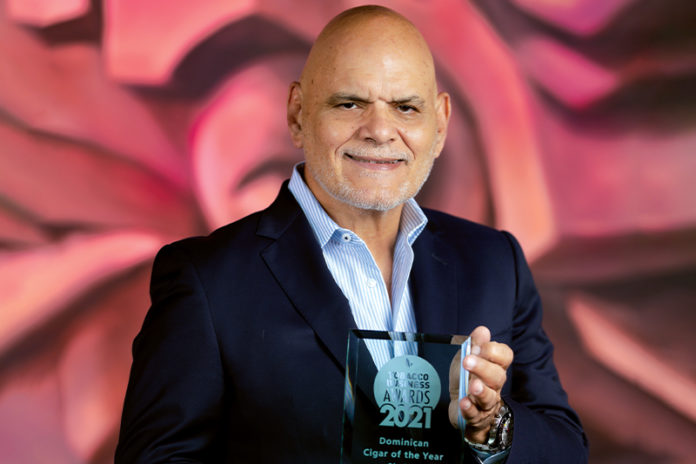 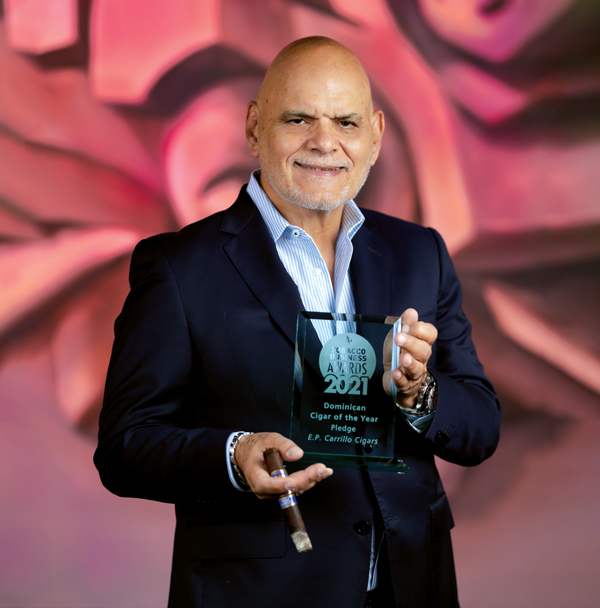 If there was an award for “Most Winningest Man in the Tobacco Industry,” there may be no other man more deserving of it than Ernesto Perez-Carrillo, founder of E.P.

Carrillo and one of the cigar industry’s most revered blenders. Ernesto Perez-Carrillo was born in 1951 in Cuba, where he lived until he was 7 years old. Tobacco has long been part of his family’s heritage. His father, Ernesto Perez-Carrillo Sr., served as a senator in Cuba from 1954 through 1958 for the Pinar del Río region, which is known for its tobacco. Perez-Carrillo Sr. was also involved in the tobacco industry, having worked as a purchasing agent for a tobacco broker before getting into politics.

Having earned two No. 1 cigar awards from Cigar Aficionado magazine and earning many other distinctions, including the recent Dominican Cigar of the Year win in the 2021 Tobacco Business Awards, one has to wonder: What’s Ernesto Perez-Carrillo’s secret to success? However, first, it may be simpler to address what it’s not. He’s not working or crafting these winning cigars for the awards, although he does say that the recognition is an added perk of the job. Perez-Carrillo’s winning formula instead comes down to his love of family, curiosity and passion for tobacco, as well as his understanding of the inner-workings of the tobacco business.

Learning the Business
Perez-Carrillo’s father owned a farm located in San Cristóbal, where he mostly grew candela wrapper tobacco. In 1959, Fidel Castro overthrew the Cuban government, forcing the Perez-Carrillo family to leave the country that they had called home in search of a better life in the United States.

“I remember when we came [to the U.S.], we lived in the Cortez Hotel. Although my father had been in the tobacco business most of his life, he started doing odd jobs, and my mother started a small sewing business making dresses and shirts. That’s basically how the family survived,” Perez-Carrillo explains.

Though Perez-Carrillo is synonymous with premium cigars today, his own path into the industry wasn’t always clear or set in stone. Before he started working within his father’s tobacco business, Perez-Carrillo recalls trying a cigar for the first time while on his way to play drums during a gig. Before heading to the venue, Perez-Carrillo lit up a candela-wrapper cigar while in his car, and he smoked it with the windows rolled up during the entire 40-minute commute. While he remembers it as being a nice cigar, what followed wasn’t such a pleasant memory. He arrived at the venue, set up his drum set, and while he was playing the first song, the room started to spin and he got sick, ruining not only his drum set but also his suit. While this was obviously not the best time to experiment with a cigar for the first time, it didn’t deter Perez-Carrillo from learning more about cigars and the cigar lifestyle.

“After that day, I said, ‘Wait a minute. This is something that I really had to start learning—how to smoke.’ And I started learning how to smoke with my father. I would come in, and we would sit in his office and smoke a cigar. Little by little, I got the hang of it. It was an experience, believe me. But after that, I started smoking on a much more regular basis.”

In 1968, Ernesto-Perez Sr. had the opportunity to purchase a small cigar factory located in the middle of Miami’s Little Havana neighborhood. Named after his former cigar factory back in Cuba, El Credito started to serve the local Cuban community with handmade cigars.
After high school, Perez-Carrillo took one semester of college but soon sought work due to a life-changing event. At age 19, Perez-Carrillo married his wife Elena, who also was his father’s first employee at El Credito. Perez-Carrillo also started working with his father at the factory during the day and pursued his other passion, music, at night by taking gigs. Those that came to work at El Credito in the early days were artisans who made cigars the old- fashioned way, without the use of a mold as is standard today. 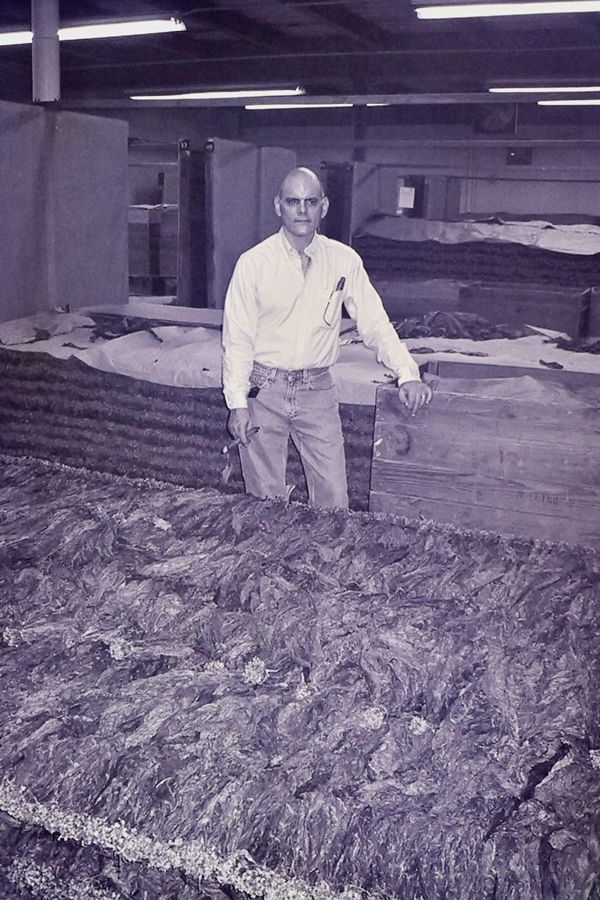 “I grew up in a culture that was very artisan,” he says. “I watched these people make 50 to 100 cigars a day. Needless to say, with time, presses came into play, and that changed the whole industry in the sense that it was more production [driven]. Watching this, and being a part of that history, I think it’s always something that I’ve carried with me because I’ve seen how cigars were made in the early days.”

When Perez-Carrillo began to immerse himself in the tobacco industry, there was little variety in the type of tobacco that was available. The blends that dominated the marketplace when Perez-Carrillo was growing up were mostly Dominican-based and on the milder side but still very flavorful. In those early days at El Credito, Perez-Carrillo’s father started to acquire Sumatran wrappers from Ecuador, and newer varieties of tobacco began to become available. As the tobaccos came in and the blends began to evolve, Perez-Carrillo started to learn more about the blending process and tobacco in general. El Credito started to become known for its use of Sumatran wrappers, which brought a new dimension to the factory’s blends and soon began Perez-Carrillo’s favorite wrapper.