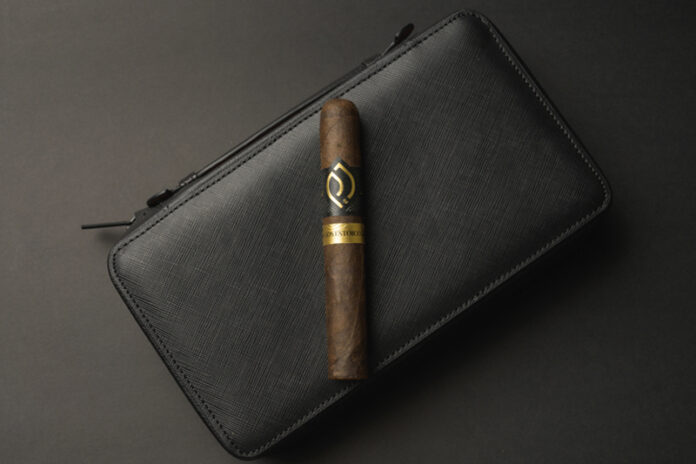 The most successful businesses find a weakness in a market and then offer a service or a product that will fill the gap. That’s exactly what happened with Peter James Co., a multifaceted lifestyle brand that makes leather cigar cases, coffee, unisex fragrances and cigars. The company was launched to sell leather handmade cigar cases, a product that founder John Laurendi and his business partner Matthew Henderson created when they noticed how cigar smokers didn’t have a good way of storing and carrying around their many cigar accessories. Laurendi and Henderson teamed up to launch Peter James Co. in 2014, using their middle names to name the company. The company that launched back in 2014, however, is completely different from the one that exists today.

“Lots has happened since then,” says Laurendi, as he looks at the evolution of Peter James Co. “This is one of those industries where you have to pay your dues. People want to see you keep coming around and keep being innovative, continuously pushing and adding value to the industry. I think just now we’re starting to see people say, ‘OK, it’s been almost 10 years and they’re not going anywhere, so let’s give them a little bit more attention.”

A big turning point for Peter James Co. came in 2020, when Laurendi’s business partner announced he was going to leave the company and focus on his family business. This left Laurendi with a huge decision to make. Should he sell the business or buy out his business partner and take the reins himself? It was a problem he didn’t spend much time thinking about because the more he looked at his company and what it was, the more untapped opportunity he saw. Peter James Co. started off as a hobby, offering an accessory that provided a solution for a small group of people that had a common problem. With Laurendi now fully in control of the company and its future, he decided to push forward and to break the mold the company had been created with.

Peter James Co. has had a different trajectory in the cigar industry than many other companies. While it has taken some companies years to find their place and to establish a dedicated customer base, Peter James Co. launched by offering a unique product—something that didn’t really exist in the cigar industry at the time. For that reason, Laurendi says, Peter James Co. flourished early on. As the years went on, however, competition increased, and things became a little tougher for Laurendi’s company.

“We had to start paying more attention to our social [media], paying more attention to our content, on the products that we released, and really pushing beyond what we initially came up with back in 2014,” Laurendi explains. “If you’re a startup, truly a startup company, it does take some time to come to fruition. We had that advantage coming in, but, you know, I still look at us as a startup. We’re still kind of figuring things out and still have to find our place. We’re consistently testing and innovating, just trying to add value to the market and to the customer. I think now, more so than in our early years, this has probably been our most fun but challenging time.”

It may seem odd to hear a business in its eighth year still embrace the “startup” title, but this has been key to Peter James Co.’s growth. “We live in finding perfection in the imperfect, and that’s simply because a startup is never really perfect,” Laurendi explains. “It’s all about finding your flow.”

Although many may view Peter James Co. as being an accessory company, this isn’t the case for Laurendi, who instead views his company as more of a lifestyle brand. After years of being a cigar enthusiast, Laurendi has come to view the cigar community as more of a lifestyle than a hobby. This is the mentality he’s applied to his business, and it’s the message and thought process that he’s communicated to his staff. This is what has helped Peter James Co. evolve over the years, and it’s been the fuel that’s expanded the company beyond its origins as a cigar case manufacturer.

“What we’re trying to do here is create that ecosystem, that lifestyle of the aficionado, whether it be through accoutrements or through cigars, or even through taking a further look into things like aromatics, furniture and fashion,” he says. “How does this all play a part into the lifestyle of a person who enjoys a cigar?”

Creating that ecosystem takes work. Expanding Peter James Co.’s presence in the cigar industry and beyond takes creativity, which is something Laurendi never wants to lose sight of. 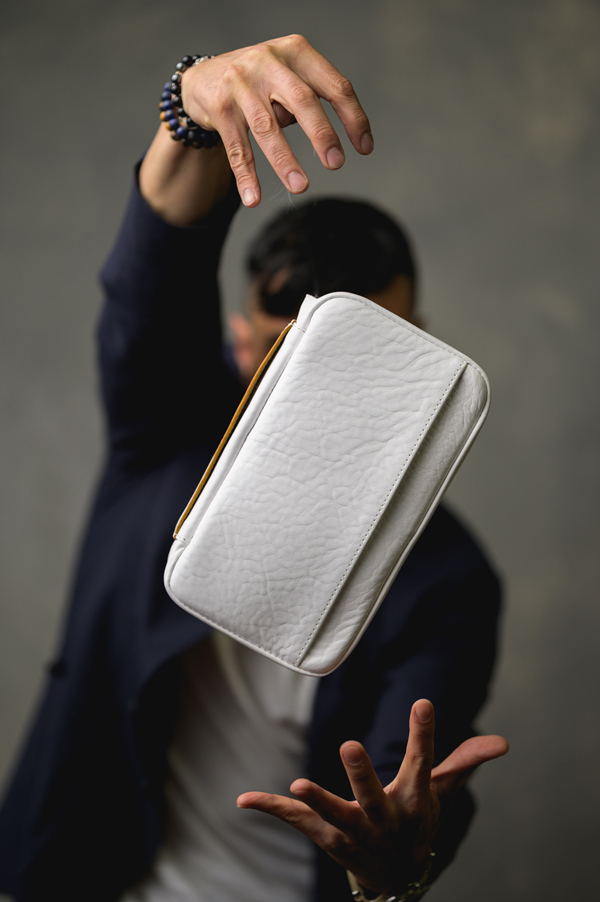 Enhancing the Lifestyle
Peter James Co. was started when Laurendi and his business partner realized a product didn’t exist that allows cigar smokers to carry their cigars and accessories all in one carry case. Cigar smokers were often seen toting Pelican-style cases, which, while functionable, didn’t typically fit into the environments and situations cigar smokers were stepping into, such as evening events like dinners and cocktail parties.

To solve this problem, Laurendi and his partner designed a handmade leather cigar case that allowed cigar enthusiasts to carry their cigars, cutters and lighters all in one stylish, premium case. That was how the company started, but it’s nowhere close to where it would end up years later. In the past three years, the Peter James Co. business model has broadened. Laurendi looked at his own life and realized he’s not just one thing, so why should his company have a singular, specific focus?

Laurendi started to look at his business and what it did through a lifestyle lens, asking how Peter James Co. might be able to help improve and enhance other areas of their customers’ lives.

“Look at your morning routine and the coffee you have—it’s not just about pressing a button and making the coffee. That may be great for some people, but for those that enjoy coffee, how do we create a better experience for them? We take that all the way down into aromatics. When you walk into your home or wake up in the morning, creating that sense, that memory of invoking a specific feeling through aromatics. How does Peter James create that lifestyle? Many people think it’s just product based, but it’s not. From products to events to content management, we’re a wide breadth of services as a company.”

Today, Peter James Co. is far more than an accessory manufacturer. The company offers its own organic coffee product, Panna Pura. The coffee aligned with the company’s focus on elevating experiences. Laurendi is a coffee lover and was aware of the way that coffee figures into the lives of many other cigar smokers. Peter James Co. worked in collaboration with Roaster Bar Coffee to create Panna Pura, a creamy coffee that has balanced flavors of sweet hazelnut and delicious dark chocolate with no bitter aftertaste. This coffee is 100 percent organic and ethically sourced from co-op coffee grower communities that focus on sustainability. Those that enjoy espressos have gravitated toward this product.

“I was tired of pairing bitter coffee with my cigar and ruining my palate,” Laurendi explains. “A couple of us here are pretty crazy about coffee, and we said there’s got to be a better coffee experience. We teamed up with some crazier people than we are about coffee, and we made a blend that was specifically made for cigars: very elegant, very soft, very smooth—nice chocolate and cocoa notes but no bitter aftertaste. The mouthfeel at the end of it keeps you wanting more.”

With Peter James Co.’s furniture line, the company wanted to build on something that already existed in the cigar industry—comfortable furniture that one would see in a cigar lounge—and create a new selling opportunity for retailers.

“If we look at cigar shops and lounges, they’re filled with leather chairs and sofas,” says Laurendi. “You have so many people experiencing that sofa and that chair on a daily basis. It would make sense for a shop owner to have the ability to not only provide a seat for their guests but also [to have] the ability for that guest to purchase it from them if they like it. You have a free showroom, and you have people demoing your product every day. So we thought, ‘Why don’t we come up with our own leather line of furniture where the shop owners can actually benefit from its use?’ From a business standpoint, it’s a tax writeoff at the end of the day because you’ll have to replace that [chair or sofa] probably in the next five to 10 years. But how do you profit from that and provide value to your customers at the same time? We want to provide revenue and value.”

These products are a few examples of the way Laurendi has been able to transform Peter James Co., into a lifestyle brand. He and his team continue to think of new products that will enhance the lives of cigar smokers. This has led to the company developing its own fragrance line and also has his team working on something that will take the company further into being a fashion brand as well. Developing these products required a lot of trial and error, but it has also taught Laurendi how to lean into feelings.