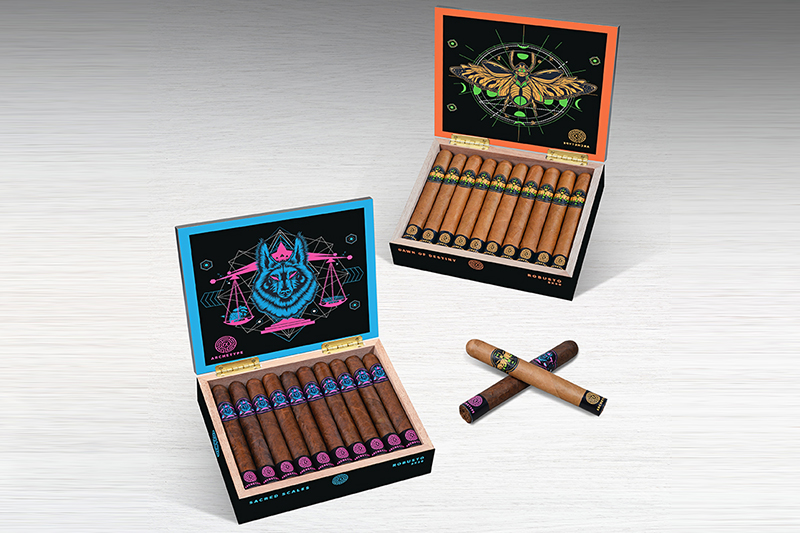 It’s been a great year for Perez-Carrillo and his company. Tobacco Business magazine honored Perez-Carrillo with the Hugo Chairman Award during the Tobacco Plus Expo in February of this year for his contributions to the premium tobacco industry. A few months earlier, Cigar Aficionado named EPC Cigar Company’s E.P. Carrillo Encore Majestic as the magazine’s Cigar of the Year for 2018. Perez-Carrillo is just as excited for the opportunity to work with Giannini again in developing Archetype Chapter Three.

“It’s always great to work with Michael,” Perez-Carrillo explains. “I love the branding of Archetype and that different manufacturers are making it for Ventura. Archetype tells a story, and I think it’s very important for a cigar to have a reason to exist. Archetype Chapter Three tells a story about two men who love and respect each other and who are reuniting on a new project after years apart. For me, it’s exciting to be doing something with him again. It’s a rebirth of our friendship and our working relationship.”

Conversations conceptualizing the cigars began roughly a year ago. While the pair are keeping most of the details about the cigar’s construction and blend a secret, they do promise that it will have a unique Perez-Carrillo flavor profile.

“This is going to be a very boutique take on the Archetype concept, and the Archetype Chapter Three cigars will be very different from the ones that are made by Occidental, Drew Estate and Oliva,” Perez-Carrillo concludes. “These will have more spice and complexity. We’re working on a Maduro blend and a Sumatra blend, which are two of my favorite tobaccos. It brings an EPC stamp to the brand that’s going to have a different spin. I think Archetype Chapter Three is a story worth telling.”