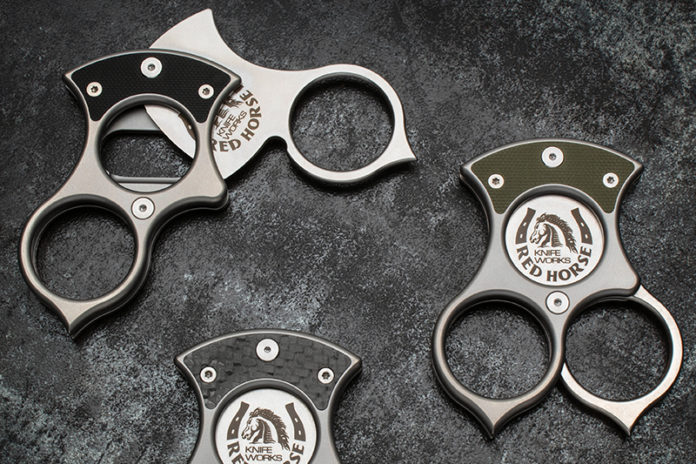 Edward Kim is a lifelong martial artist and a former MMA trainer and competitor. He spent 10 years as a security consultant and tactical training instructor. It has been his passion for knife-making that has become his profession and motivation in life. Kim turned his living room into a temporary shop as a way to teach himself how to make knives. It was when this decision led to a nearly destroyed living room that Kim turned to master knife-maker Jim Smyth for an apprenticeship to learn the knife-making craft. As one of the oldest crafts in existence, knife-making has always fascinated Kim. Its history and origins have always been of interest to him and ultimately convinced him to make it a real occupation rather than just a hobby.

“There is something boldly intrinsic about tool-making that gives me an immense sense of satisfaction when the job is complete,” Kim says. “That need has always followed me through life, and at some point I finally had to fulfill it.” 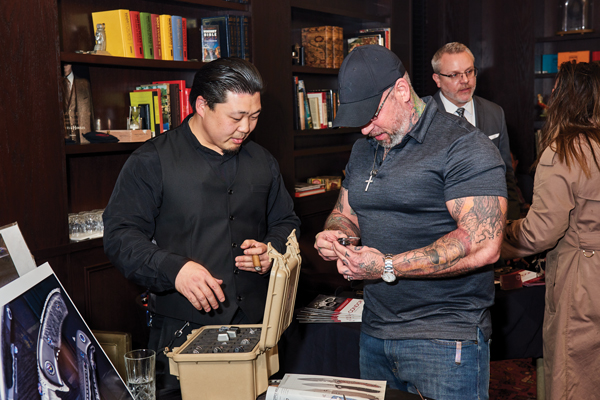 Seven years ago, Kim launched Red Horse Knife Works, a company whose focus is to bring high-quality mid-techs to the general public. The knives that Kim makes aren’t the basic run-of-the-mill ones you’ll find in most stores. They are made with technology that makes them affordable and usable but also aesthetically pleasing. In 2019, Kim’s company entered the cigar accessory category with the launch of its Condor cigar cutter, a high-end luxury cutter that features a titanium shell and stainless steel blade that took more than four years to design and produce. 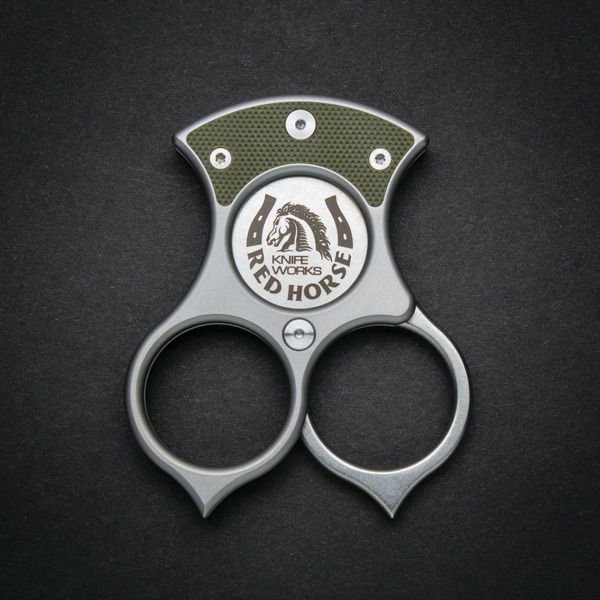 Details of Perfection
When it comes to creating and selling high-end knives, Kim focuses on details rather than price point. “Leonardo da Vinci said, ‘Details make perfection, and perfection is not a detail.’ This sums up Red Horse’s philosophy well,” he says. “The commitment to details such as the material used to achieve the correct ratios in both edge sharpness and metal hardness impact everything we do. Incorporating critical customer feedback in order to advance functionality and appeal have become a major factor in our success.”

There are many small factors that come together to create the big picture. Kim is a fan of what he calls “old-school Prohibition Americana” which he puts a modern twist on for many of his designs. Sometimes the idea for a product’s design comes to him like a lightning bolt, and the overall design comes together like clockwork. This is what happened with the creation of Red Knife’s Hell Razor. On the other hand, there are times where he may struggle with an idea to the point at which he’s forced to rethink his process.

“I always incorporate superior materials into the creative process,” he says. “This often results in a level of quality I could never achieve otherwise. I think our clients see this commitment and have a trust that their Red Horse product is really something special.”

The Condor cigar cutter was a product whose inspiration came from a personal space. Kim has been a fan of cigars for 18 years, but as a consumer, he had been rather dissatisfied with the quality of cigar cutters on the market. Kim has often found himself diagnosing gadgets and looking at them from the perspective of a craftsman, looking for ways to not only improve what has been done before but also to make them more efficient. With the development of the Condor, originality was the biggest challenge Kim had to deal with. It was hard to not be influenced by existing cigar cutter designs, and as a creative professional, not allowing familiar design elements from others is always difficult. Kim also dealt with making his cutter unique in its look but also functionable. He also wanted to use exceptional materials that would make the manufacturing and design of a new cutter a challenge.

The final design for the Condor took more than four years and several failed prototypes before it was developed. Kim had a checklist of criteria that the final product had to have. The Condor cigar cutter had to be comfortable to carry in the pocket as well as to hold in the hand; it had to be owner-serviceable; it had to use a scissor-style action; it had to be razor-sharp and remain that way over time; and it had to feel and look “cool” to the end consumer. The Condor was designed to be the highest-quality cigar cutter on the market, so Kim began the design and production process for it by using the highest-quality materials available and using precision machining to ensure the perfect fit and finish. Red Horse’s tolerances are within .0001 of an inch, a statistic that cannot often be achieved by standard methods of manufacturing. The company uses a type of steel that is viewed as one of the finest knife steels by the knife industry due to its balanced sharpness, durability and overall serviceability. According to Kim, the final product outperforms traditional cutters and also lasts significantly longer than most cutters currently on the market.

“I like the Condor’s visual appeal, and when you hold it in your hand and feel the weight of the titanium frame, its effortless motion of the ceramic bearings, and experience its smooth cut that you can only get from the M390 super steel, well, I think you’ll have to agree. To me, it is truly a piece of functional art,” says Kim.

A unique product like the Condor requires Kim and his team to educate retailers and their staffs about the various attributes of the cutter, including how best to hold it in order to achieve a smooth, flat cut each time, how to use the bottle opener on the flip side of the cutter and, finally, to learn about the quality of the materials used in its manufacture.