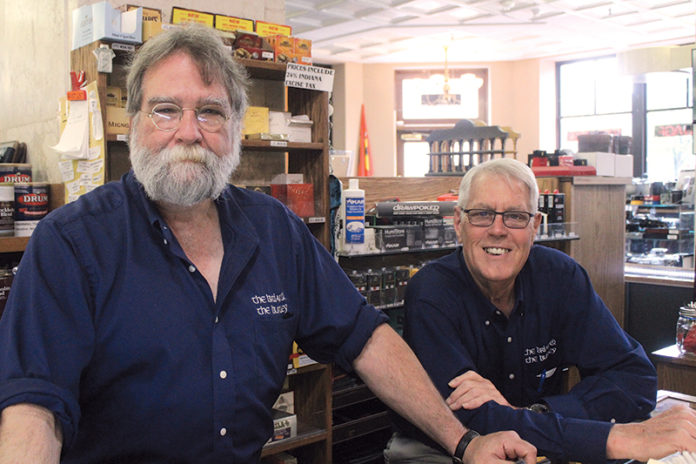 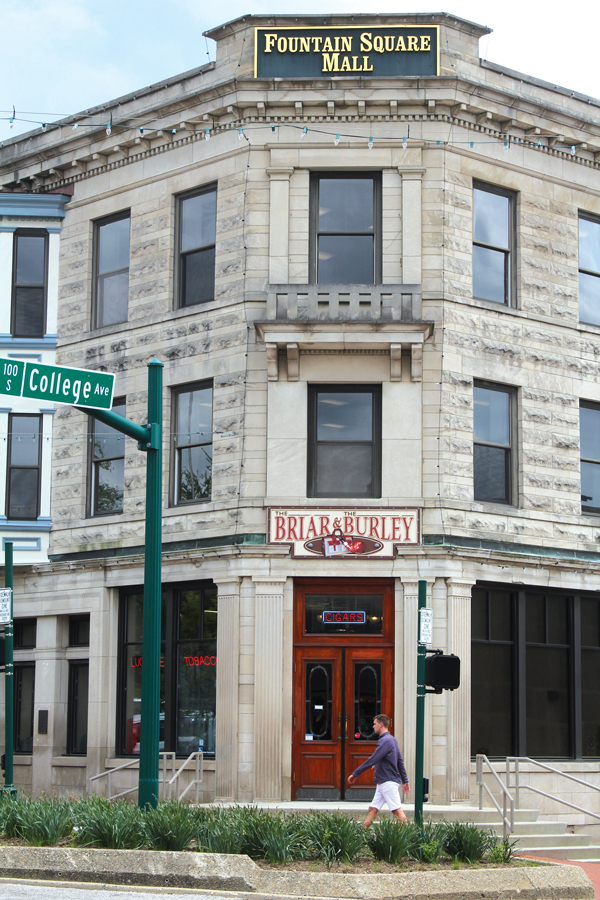 It’s the Wednesday before the Chicagoland Pipe & Tobacciana Show begins, and Mike Fisher, the owner of The Briar & The Burley in Bloomington, Indiana, is hosting a trunk show with pipemaker Luigi Viprati and Maurizio Fraternale, Viprati’s distributor. In his guests’ honor, Fisher has brought in Peroni beer and pizza, and everyone is enjoying the food and libations as they peruse Viprati’s stock. In the smoking lounge, about a half-dozen men and women of all ages are contentedly puffing away on their pipes. The scene is relaxed and collegial as folks discuss the day’s events, and occasionally a cigar smoker takes a seat in the smoking lounge—a rare occurrence on this day of the pipe event.

Bucking the predominant trend of many premium retail tobacconists focusing solely on cigars, Fisher has always been a committed pipe enthusiast since establishing The Briar & The Burley in Bloomington in 1972. Today, the store holds an inventory of more than 3,000 pipes, making it one of the Midwest’s top pipe shops. To go along with the vast briar selection are numerous tinned tobacco brands as well as a deep assortment of approximately 20 bulk tobacco blends, many of which Fisher has developed himself throughout the years.

While Fisher’s concentration on pipes and pipe tobaccos certainly sets him apart from many of his premium tobacco retailer peers, there are other elements of his store that make The Briar & The Burley unique. Of course, Fisher has a full selection of pipes, pipe tobaccos, smoking accessories and cigars, but he also carries a vast array of fine luggage and briefcases. There’s also his car corner, where he sells Formula 1 and IndyCar memorabilia and scale models—and where he displays his Formula Mazda race car, in which he raced in the 1970s and 1980s and often beat future Indy 500 champion Danny Sullivan. Indeed, The Briar & Burley offers an assortment of products that interest a wide array of people. They also reflect Fisher’s own personal interests.

“I sell what I like,” Fisher says, laughing. “It all sort of happened naturally, and I have a passion for everything that I sell—cigars, pipes, leather goods and especially the car stuff.”

Focus on Tobacco
Tobacco products and smoking accessories still make up for a little more than half of The Briar & The Burley’s yearly sales. Luggage and briefcase sales are mostly seasonal—coming mainly in the spring as parents look for appropriate gifts for their graduating sons and daughters or during the holiday season. Tobacco sales are steady throughout the year.
“This store has an eclectic mix, but I didn’t want to turn it into a gift store,” Fisher explains. “Tobacco and pipes are about half the store’s sales. Pipes, cigars and pipe tobacco are continuously steady throughout the year. The luggage and briefcases are more seasonal, but selling a $400 briefcase equals a lot of $10 cigar sales.”

Some of the most popular cigar brands that sell at The Briar & The Burley come from Arturo Fuente, Altadis U.S.A. and Padron. The cigars are displayed along one wall in cabinet humidors that Fisher built himself many years ago. Not wanting to annoy customers who don’t want to be shadowed by a store employee, Fisher developed a color-coded system that informs customers of the strength of each of the cigars he carries.

“Matt [Borders, The Briary & The Burley’s manager, who has been with the store for 32 years] and I always make sure we greet every customer who comes into the store and let them know that we’re here to help them, but I don’t want us to hover over somebody who is looking over my cigar selection,” Fisher says. “I place a small, colored dot on the price tag that gives a customer some indication of a cigar’s strength. That goes a long way in helping them make their own selections if they don’t want to be bothered or if we are helping another customer.”