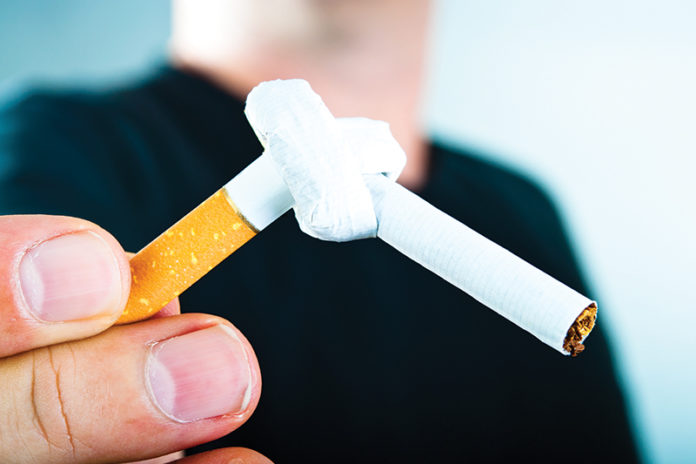 Though many in the industry have been focused on the continuing deadlines and regulations brought about by the U.S. Food and Drug Administration’s deeming regulations, state and local governments continue to seek to pass legislation that attempts to hinder the sale of tobacco products at the retail level. Throughout the country, at the state, county and city level, governmental bodies are introducing—and ultimately passing—legislation that sets both logistical and financial barriers in place for consumers of tobacco products. These barriers have included raising the minimum legal age to purchase tobacco products from 18 to 21 and setting price floors and minimum pack sizes for cigars, as well as seeking to ban certain categories of tobacco products from store shelves entirely.

Action came to a fever pitch last June, when former San Francisco Mayor Ed Lee signed into law an ordinance banning the sale of all flavored tobacco products within the city. The ordinance, initially sponsored by San Francisco Board of Supervisors representative Malia Cohen, prohibits the retail sale of all flavored tobacco products, including menthol cigarettes, flavored cigars and cigarillos, hookah tobacco, flavored e-liquids and other vapor products. In drafting the ordinance, Cohen stated that its main purpose was to combat the years of predatory and systemic targeting of African-American communities by Big Tobacco through the sale of menthol-flavored cigarettes, as well as to curb the sale of flavored e-liquids and e-cigarettes because such products are often available in flavors such as cotton candy and bubblegum, which are appealing to youth.

The initial draft of the ordinance was met with swift criticism from multiple groups, including:

In response, the board of supervisors disputed the group’s claims, indicating that the jury was still out on whether e-liquids and e-cigarettes were any safer than traditional cigarettes, and telling small-business and c-store owners that they would have to find other products to make up for the lost revenue in flavored tobacco sales.

However, the board of supervisors will not have the last word on the fate of sales of flavored tobacco products in the city. In response to the passage of the ordinance, several groups, including coalitions of small-business owners and pro-vapor organizations, have banded together to form Let’s Be Real San Francisco, a grass-roots movement seeking to overturn the ordinance. The movement had instant success, gathering over 34,000 signatures from residents of San Francisco in the span of roughly two months, nearly double the required amount to force the San Francisco Board of Supervisors to either repeal the ordinance or have it put up for a vote in California’s next primary election.