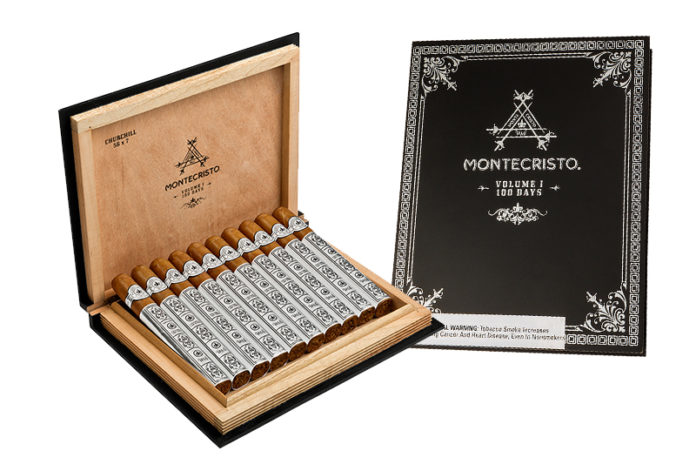 This new release from Altadis U.S.A. was handcrafted in Honduras at Flor de Copan by the Grupo de Maestros of Altadis U.S.A., who have more than 250 years of combined experience making highly rated and sought after premium cigars. The cigar itself was inspired by the “100 Days” chapter of the classic novel, The Count of Monte Cristo by Alexandre Dumas. This particular chapter recounts the events that took place in the hundred days following Napoleon Bonaparte’s escape from the Isle of Elba and how he reclaimed power in France.

Inspired by this story, Montecristo Volume 1: 100 Days cigars are placed into aromatic cedar bins after the rolling process for an additional 100 days of aging. This cigar features an Ecuadorian Habano wrapper, Nicaraguan binder and all Nicaraguan and Dominican Republic filler. Some of the tobaccos used in this cigar have been aged up to 10 years. The cigar’s makers designed each box to resemble the classic book by Dumas.