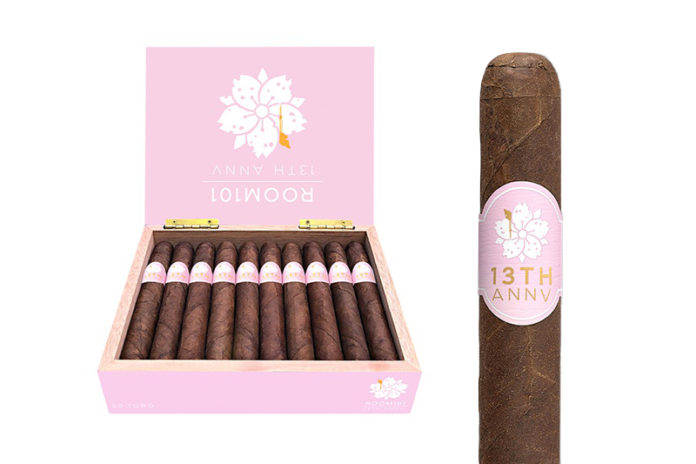 2022 marks the 13th anniversary of Matt Booth’s Room101 brand’s presence in the cigar industry and he’s marking the occasion with a special release that will debut at this year’s Premium Cigar Association (PCA) this July.

According to reporting from Cigar Aficionado, the Room101 13th Anniversary cigar will be a Nicaraguan puro presented as a 6 x 52 toro that will come in 20-count pink boxes. Retailers and consumers will easily be able to pick out this release in the humidor not just for its unique band and box color but also the fact that the lid is upside down and the letters inverted, a decision Booth says was intentional. All of the tobaccos for this cigar were grown by A.J. Fernandez and the cigars were made at his factory in Nicaragua. Fernandez and Booth teamed up for the Room101 10th and 12th Anniversary releases. Only 1,500 boxes of the 13th Anniversary cigar will be released this year. This cigar is expected to ship to retailers by the end of the summer.