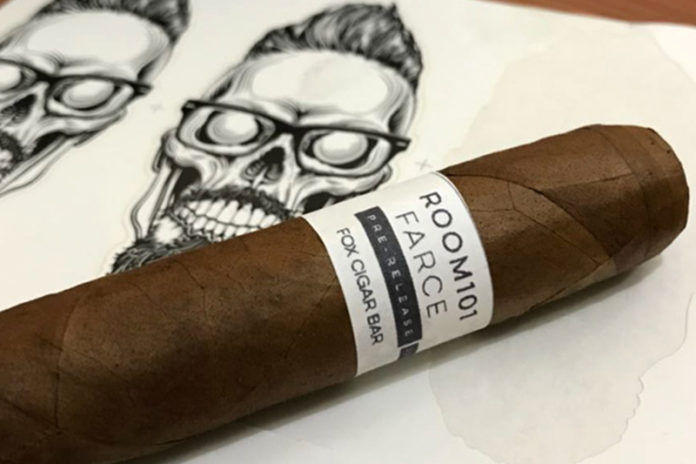 Since announcing his departure from the cigar industry in early 2017 [read more here], Matt Booth has remained active in the industry with collaborations with Robert Caldwell (Caldwell Cigar Co.) and A.J. Fernández. Now, Booth is staging an even bigger comeback with the return of Room101’s cigars and a new Room101 cigar release named Farce. Farce will be Booth’s first nationally-released Room101 cigar since his departure from Davidoff in 2017.

Farce had a soft launch at Arizona’s Fox Cigar Bar and Booth revealed to Cigar Aficionado that a nationwide launch of Farce is planned for late spring 2018.

In an interview with Cigar Aficionado, Booth revealed: “Farce is the first installment in a multi-blend sub-brand series for Room101 Cigars. I have invested tremendously into these products, intending they properly reflect the evolution of the Room101 brand in the cigar class. This is not a one-shot deal–it is the beginning of a new era for Room101 in the cigar business.”