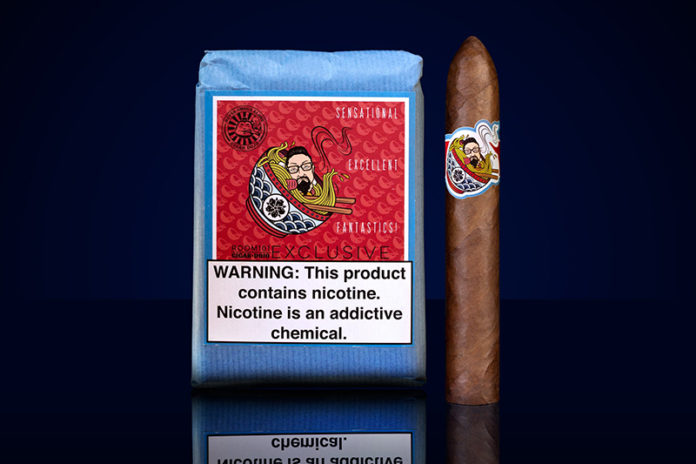 Room101 Cigars’ Matt Booth is teaming up with Cigar Dojo’s Eric Guttormson for a special collaboration. Named [untitled], this cigar’s origin dates back to February 2016 when Booth came up with the idea for a peculiar contest–he wanted members of Cigar Dojo to post pictures of their feet in ramen noodles. Seriously. What started out as a running joke eventually led to the creation of this exclusive cigar.

“Everyone knows that Matt Booth marches to the beat of his own drummer, but we’re also aware that Matt knows how to put together an amazing cigar, which has been proven many times over,” Guttormson commented. “The ‘limp noodle’ will most certainly remind you of some of the best Room101 blends from the past, with its dark and juicy flavor profile.”

Booth added: “I am overwhelmed with delight to finally participate in a collaborative effort with the ‘Cigar Dojonites.’ This is a phenomenal cigar to smoke while Jay Walking or waiting on your car during an oil change or any other minor procedure. I am eager to have this product pollinate the Dojo community and to see people enjoying something that was such a pleasure to make.”