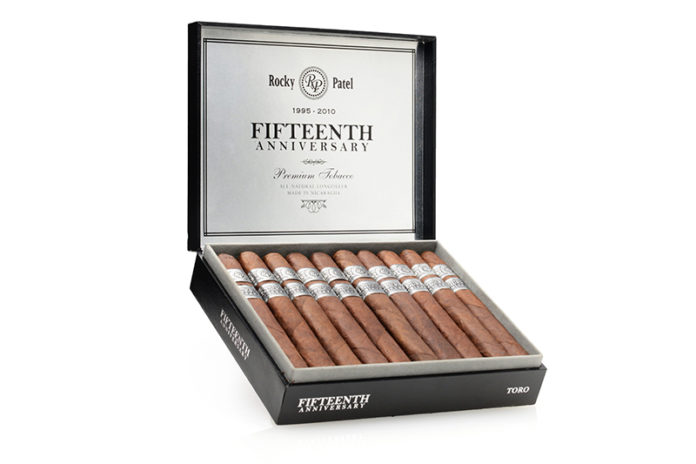 To keep old things feeling new, Rocky Patel Premium Cigars is refreshing the packaging for its Fifteenth Anniversary cigar. Set to be introduced at the 2018 International Premium Cigars & Pipe Retailers Association (IPCPR) trade show and convention in Las Vegas this July. Soon after this year’s trade show, the revamped Rocky Patel Fifteenth Anniversary cigar will begin to ship to retailers. The cigar’s blend, however, will remain unchanged.

“For years, the Fifteenth Anniversary has succeeded because of its character, strength and complexity. It was always the dull bands and the overly heavy metal box plates that kept this brand lost on retail shelves. So it was time for a facelift. A glowing facelift,” said Mark Weissenberger, vice president of marketing for Rocky Patel Premium Cigars.