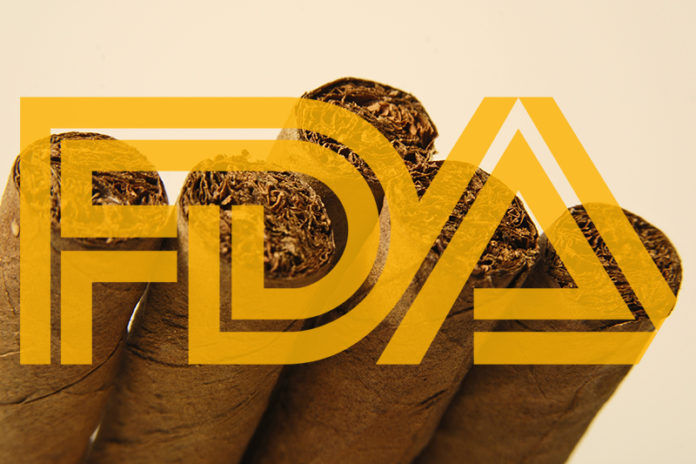 A new report issued by Mangum Economics updates the out-of-date economic analysis of the U.S. Food and Drug Administration’s (FDA) regulation of premium handmade cigars and estimates the number of U.S. jobs that will be lost as a result of the regulations.
The report uses the FDA’s own assumptions about the effects of the regulations and updates the calculations with more recent government data. It also depicts that compliance with the regulation will be so difficult and costly that it threatens the very existence of almost all handmade U.S. cigar manufacturers and importers based in the U.S.

“Using [the] FDA’s own cost estimates, the regulations will likely cause 85 percent to 90 percent of domestic cigar manufacturers and importers (320 to 338 small businesses) to go out of business, leading to the loss of over 3,500 U.S. manufacturing jobs and almost 1,800 jobs at U.S. importers,” wrote the report’s author, David Zorn, Ph.D., a consultant with Mangum Economics and an adjunct professor at George Mason University’s Antonin Scalia Law School.

“Because handmade cigars have the highest cost of compliance per cigar, almost all of the cigar manufacturers and importers that go out of business because of this rule will be manufacturers and importers of premium handmade cigars,” continues Zorn, who was previously an economist with the FDA. “The expected reduction in the number of handmade cigars on the market due to the rule is also likely to cause the closure of approximately 500 tobacco retailers and the loss of as many as 19,800 U.S. retail jobs.”
Zorn further pointed out that the “FDA could achieve the same level of public health protection by not regulating handmade cigars in the same way that it regulates cigarettes. At the same time, the agency could allocate the $198 million of cost savings to apply against other FDA regulations that could actually improve public health.”

The impact will also trickle down to the retail level, which, according to the U.S. Census Bureau County Business Patterns encompasses 11,140 tobacco retailers in the U.S., including many that specialize in selling handmade cigars. Specialty cigar stores rely on being able to cater to cigar aficionado customers by offering a wide range of premium cigars. The fewer products available for purchase in the category, the fewer tobacco retailers the market will support.

Industry representatives, many of whom have long been emphasizing the toll that cigar regulation will take on their businesses and the potential for jobs and revenue to be lost, expressed hope that the study will support that argument. “This study brings to life the cost-benefit analysis that should have been done before the previous administration adopted cigar regulations,” said Rocky Patel, president of Rocky Patel Premium Cigars and a board member of Cigar Rights of America. “This tells us the specific number of jobs and small businesses, manufacturers, distributors and retail businesses that are directly threatened by these regulations. We hope that the Trump administration will take this study to heart and recognize that these are real jobs, supporting real families and local entrepreneurs in a supply chain that spans this nation.

“This report is the first of its kind to quantify the domestic economic consequences of premium cigar regulation. From the manufacturers, headquarters operations and the supply chain based in Florida, to the family farms of Pennsylvania and Connecticut, to community tobacconists from Seattle to Boston, it’s clear that these regulations threaten the jobs, families and small businesses that dot Main Street America. Coupled with the international trade implications of these regulations, something as simple as enjoying a cigar results in true economic harm that carries commerce and national security implications.”

The report will be distributed to the Trump administration through applicable regulatory reform task forces within various agencies and cabinet offices in addition to congressional committees that have oversight on regulatory and small-business issues.

This story first appeared in the January/February 2019 issue of Tobacco Business magazine. Members of the tobacco industry are eligible for a complimentary subscription to our magazine. Click here for details.