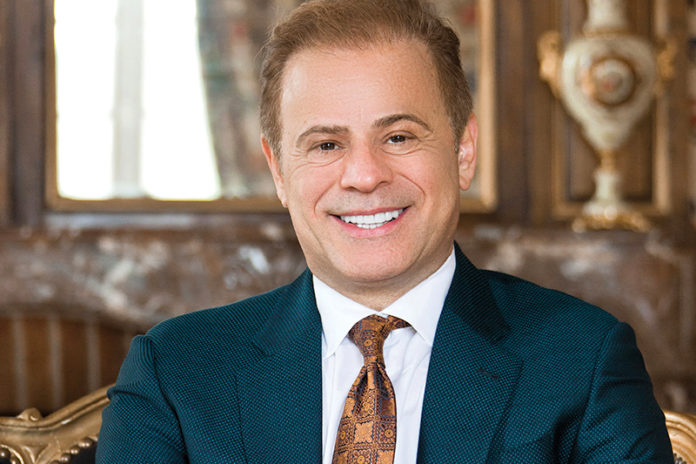 In the biblical story of creation, which is told in the first chapters of Genesis, God created night and day; the heavens and the earth; dry land and sea; plant life; the stars, sun and moon; the birds and sea creatures; every kind of wildlife and humanity—all in six days. At the end of each day’s work, He surveyed His creation and declared it good. On the seventh day, He rested from all the work that He had done. Only God knows how He spent His day of rest, but Zaya S. Younan—the tremendously successful businessman and owner of La Grande Maison Younan Collection, which includes El Septimo Cigars­—likes to think that maybe, just maybe, He might have relaxed with a cigar. The Great Creator’s seventh day of rest and relaxation is indeed the inspiration for El Septimo Cigars.

In Latin, “El Septimo” means “the seventh,” as the brand’s entire reason to exist is to help discerning cigar connoisseurs maximize their moments of relaxation with only the best cigars possible. Since it was founded in 2005, the Swiss-based company has gone to great lengths to redefine the standards in making an excellent cigar. El Septimo Cigars is a brand of ultra-premium, luxurious cigars that encompasses more than 40 different variations—many of which are cigars with ring gauges of 50 or more to contain all of the tobaccos necessary to blend the elegant but complex flavors and aromas for which El Septimo Cigars are known throughout the world. Younan is betting that the brand’s popularity in Europe and Asia will also be replicated in the United States. A cigar smoker for 30 years, Younan came across El Septimo while visiting Paris a few years ago. Upon finishing that El Septimo cigar, Younan declared it good—so good, in fact, that he bought the company a few years later.

“Smoking that El Septimo was an incredible experience,” Younan explains. “On the flight home from Paris, I couldn’t stop thinking about it. When I got home, I tried smoking my other cigars, and I could not forget the flavor and experience I had when smoking an El Septimo. It is an exceptional cigar, and nothing I have had comes close to it. The product was never marketed in the United States until now, so American cigar smokers are now learning about El Septimo, and I’d like to invite every one of them to do one thing:
Just try one, because I know they’re going to love it.” 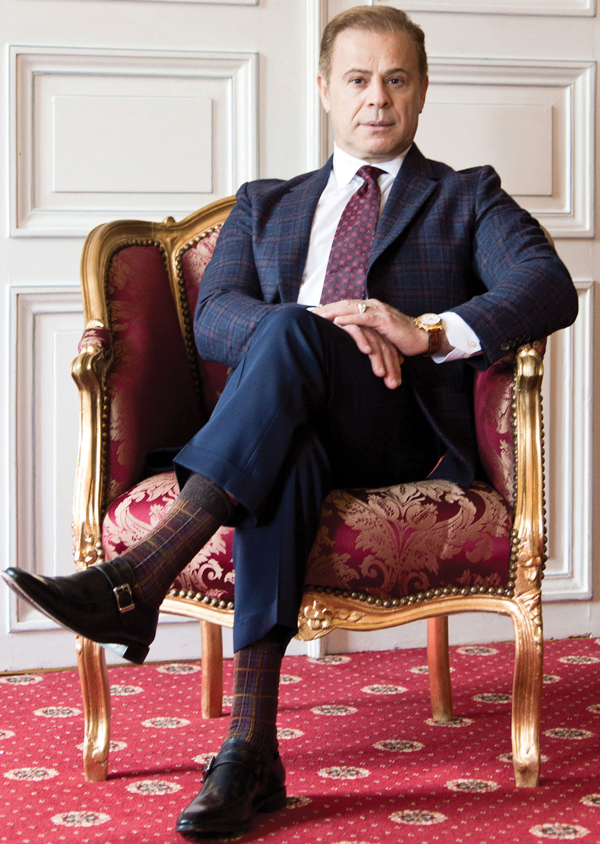 Where Passion is the Driving Force
After a few years of negotiations with El Septimo’s previous ownership, Younan bought the company in March 2019, thus adding it to his growing collection of luxury businesses. Younan is the chairman and CEO of The Younan Company, a private equity firm with the subsidiary companies Younan Properties, a commercial real estate management company that owns and manages office buildings in the 10 largest U.S. cities; and La Grande Maison Younan Collection, which includes hotels, resorts, golf courses, a luxury design firm, wine and spirit companies, and El Septimo Cigars. Younan devotes more time to El Septimo’s daily management—with it being the smallest of all the companies he owns—than any of his other companies because it’s the one business that’s the closest to his heart.

“El Septimo is the smallest company I own, and yet I’m the most active in it because I love the product,” Younan says. “I’m very active in the daily management and new product development, many of which we will be introducing very soon. Luxury products like El Septimo cigars enhance people’s lifestyles and make the world a better place. My career focus has always been making the world a better place for everyone.”

Indeed. Younan obtained a degree in mechanical engineering from the University of Illinois in 1985 and then began working for General Motors (GM). While at GM, Younan spearheaded the development of airbags for automobiles and spent much of the early parts of his career perfecting the devices and working on other inventions, such as keyless entry systems, navigation systems and variable temperature seats, just to name a few.

“I was one of the original inventors of the crash sensor airbag,” Younan says. “It started as an experiment, as I wanted to do something that could save the occupants’ lives no matter how fast they drove into an obstacle. That’s how the concept came up. I would be doing my own family good if I could somehow impact the world in a way that would benefit everybody. It became an unbelievable drive and mission of mine to continue to try to improve the world.”

He was fast-tracked in GM to managerial positions in all of the company’s business segments. He then moved on to Johnson Controls when he was just 24 years old to build 15 production plants for automotive components. By the early 1990s, venture capitalists and investment bankers were recruiting Younan to lead various endeavors, which included software companies, consumer electronic products, aerospace companies, and businesses within the oil and gas industries. In 2001, he established Younan Properties, a commercial real estate firm. Within six years, it was worth $4 billion and became the largest private real estate company in the U.S.

“My engineering education allowed me to become an innovator and a great problem solver,” Younan explains. “I learned that every problem has a solution, and the challenge is trying to find it. I have also had a lot of passion and drive. It is really easy to make a transition into a different industry and achieve success when you have that passion and drive, especially when you start with nothing. Every incremental gain is fuel to drive more success. What really drives me in life in general is doing things that others cannot do or have not been able to do. That combination of things has allowed me to get into new industries that I haven’t been in before, learn them, master them and operate very successful businesses in different sectors.”

While Younan has done a mighty amount of good with inventing products such as airbag systems—an invention that has undoubtedly saved millions of lives—he’s drawn to the luxury and leisure industries for their ability to improve the quality of people’s lives. Since 2015, Younan has expanded his business interests by venturing into the luxury and leisure realms within the European market. Time spent luxuriating at a resort or playing golf has a remarkable ability to recharge one’s energy. A glass of champagne or a fine wine with a cigar can make memorable moments celebrating with friends even more remarkable—but luxury products and experiences can offer so much more.

“Luxury experiences can provide a unique experience to people, especially when dealing with circumstances like the global [COVID-19] pandemic,” Younan remarks. “It gives us hope that soon we will be able to enjoy the finer things in life again. It gives us something to look forward to so we don’t lose hope during these difficult times. We have had difficulties in the past, and what got us out of them is people focusing on living their lives, solving the problems and moving forward. Providing these luxury services gives people hope.”

The hotels, golf resorts, restaurants, champagne and wine vineyards, and El Septimo Cigars that Younan owns all offer people unique and premium products and experiences. Before the pandemic, people desired—and just as surely after the pandemic ends people will continue to desire­—experiences that give them memories that will last for a lifetime. Younan became interested in the luxury goods and hospitality industries because they are a growing business sector worldwide. Possessing these companies and properties will allow his own company to offer its customers a complete package of luxurious escapes from the demands of their everyday lives and adds value to the services and products Younan provides.

“My business philosophy has always been to be involved in a business that we can add value to and evolve,” Younan explains. “I would never get into an industry that is perfect because where can I add the value? We do things for our passion and not profitability. When you do things for the passion, profitability always arrives later. It always starts with a different way of thinking and a better way of work-ing to achieve superior results. The challenge is always execution, and everyone in the organization needs to adopt the idea that there is always a better way of doing things.”