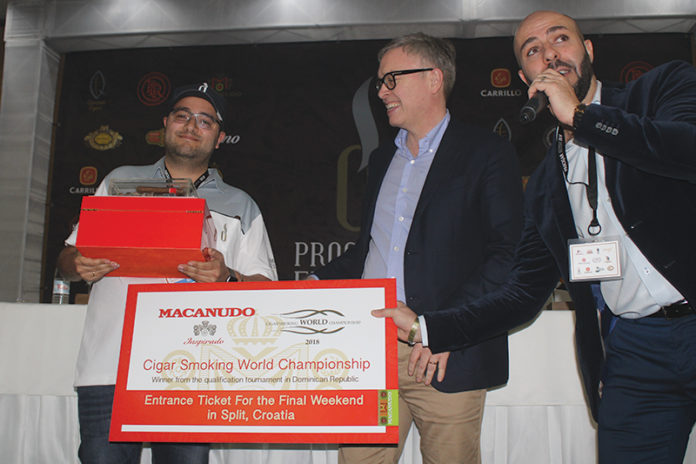 Aesop’s fable about the tortoise and the hare teaches the valuable lesson that victory doesn’t always go to the swift, especially when the competition rewards the slow and steady approach. Slow and steady was the goal in the Dominican Republic on Feb. 22, when the Cigar Smoking World Championship (CSWC) hosted a qualifying round during the Procigar Festival for a seat in the Grand Finals to be held in Croatia in the first week of September.

Marko Bilic, president of Club Mareva in Split, Croatia, established the CSWC in 2010 to bring together cigar smokers around the world to Croatia once a year to establish who could make their cigar last the longest. Following a strict set of competition rules which penalizes entrants for such transgressions such as knocking ash from their cigars before 40 minutes has elapsed, each of the 34 competitors received Macanudo Inspirado Marevas cigars from General Cigar Company. Given 60 seconds to cut and light their cigars using two matches, entrants then slowly puffed on their cigars to see who could make their cigar last the longest. To win, you’ve got to be the last one to have your cigar’s burn mark reach the cigar band.