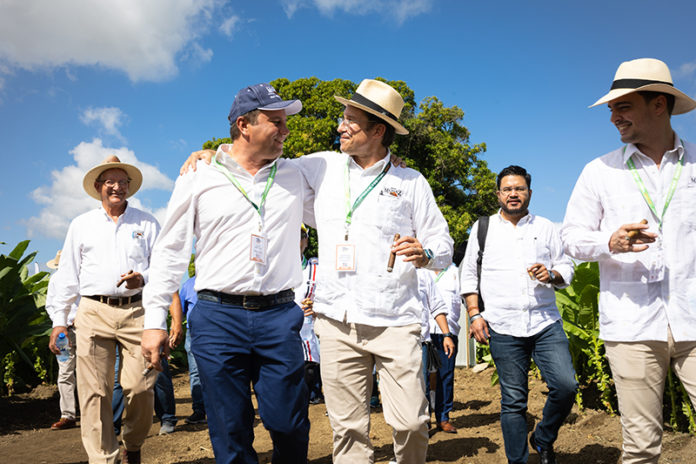 This year, Tobacco Business magazine’s art director, Harrison Brackett, attended the Procigar Festival held in Santiago, Dominican Republic, from February 22-25, 2022. With this being his first time attending the popular annual cigar festival, he kept a daily log of what he experienced during each tour and party, and in the story that follows he offers others who have yet to attend Procigar a compelling reason why attending next year’s event is a no-brainer for every cigar enthusiast.

FEBRUARY 22 – ARRIVAL
Total travel time from Raleigh-Durham Airport in North Carolina to Santiago was about seven hours, including a layover in Miami, Florida.

If you’re planning on traveling anywhere internationally this year, such as the Dominican Republic, my one travel tip is to always do your research, especially with COVID-19 still being prevalent. Many countries require you to fill out a questionnaire before entering the country. Also, be sure to download a translation app and make sure your cell phone plan includes international data. Take photos of all of your documentation in case you lose it. Stay hydrated.

Once I arrived in Santiago, the shuttle service that Procigar provided from the airport to the hotel was friendly and fairly easy to find when exiting the airport. Fortunately, the hotel was very close to the airport so the commute was quick.

The hotel is fine; it’s clearly been around for a while, but the bed was comfortable and the staff was all very friendly. Luckily, the first event to attend was at the hotel where I was staying. I’d say it would be well worth the drive if you didn’t stay at the hotel. The welcome cocktail party was delightful, with live music, cigars, drinks and finger food. The weather was perfect, and the atmosphere was well thought out. 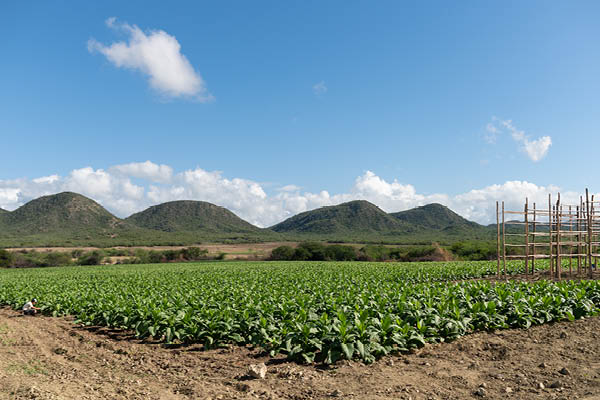 FEBRUARY 23 – TOURING LA FLOR DOMINICANA
The first tour I took was La Flor Dominicana’s. What I learned during this tour was that Litto Gomez and his family chose the valley for their 180-acre tobacco field’s location because of its specific microclimate. The field was very open with multiple barns spread across it. These barns are used by La Flor Dominicana to hang tobacco leaves before they are transported to the factory. One unique thing about the barns is that they are completely closed in—panels were added on the outside to help change the humidity levels in the building. They have everything from greenhouses to artificial shades built to create microclimates.

A lot of the land had been used as a cattle farm, so a lot of the land had to be cultivated for tobacco growing. La Flor Dominicana’s aim was for an oily, stronger tobacco. They let the leaves naturally grow and do their thing, and they don’t try to speed up the process.

During the tour, Gomez shared that he prefers no rain when growing plant farms in different stages. The seed process begins in September, and 45 days later these seedlings are planted and primed 60 days later. 115 days passed from seedling to harvest. No chemicals are used during the growing process, and  the leaves are also naturally fermented.

“If I can’t drink it, it doesn’t go on my crops,” Gomez said during our tour.

La Flor Dominicana’s factory was beautiful and had lots of space. It was designed this way mainly because everything in the factory is being handmade and hand processed.

We ate lunch in the courtyard, which had traditional dancers and a DJ. The food was very authentic for the area and included a giant BBQ. There was pig, veal, sausage, vegetables and plenty of drinks. One thing to mention is that at pretty much every stop we had the opportunity to grab a cigar and smoke while touring. A lot of the group was enthusiastic and inquisitive.

After the tour was over, we took the shuttle back to the hotel. There was some downtime before having to get ready for the cocktail event later that night. This cocktail party was very energetic. As soon as we walked in, we were handed a custom box of cigars. There were plenty of hors d’oeuvres and drinks to go around all night. Later in the evening, Procigar celebrated carnival with a traditional parade-style dance, and at the end of the night there was a Latin dance contest. There was no expense spared for this event.

FEBRUARY 24 – TOURING GENERAL CIGAR DOMINICANA
The next day, I saw firsthand how General Cigar Dominicana farms from the bottom of the tobacco plant up. Nicotine is produced in the root of the plant. It takes about six weeks for the leaves to turn brown. We were also taught about the multiple different curing methods used at the factory.