The Premium Cigar Association (PCA) is temporarily pressing pause. In a press release today, the trade organization representing premium cigar and pipe tobacco manufacturers and retailers announced that it would be furloughing its entire staff, including its executive director Scott Pearce, beginning July 15, 2020. The furlough comes due to financial challenges brought on by COVID-19 and the cancelation of the organization’s 2020 trade show and international convention, which was scheduled to take place in Las Vegas from July 10-14 at the Sands Expo.

In the press release, John Anderson, president of the PCA Board, issued the following statement:

“As we have all worked tireless over the past several months to keep our businesses alive, the PCA Board has also been confronting the challenges facing the association due to the COVID-19 pandemic. Over the past few months, the PCA Board has struggled with several very difficult decisions over that time and the staff have done a tremendous job working every hard to keep the organization operating close to full capacity. Therefore, it is with a heavy heard that we reach out today to let you know that we have decided to furlough the PCA staff temporarily while we work on some key items. I want to stress that this is only temporary, and we fully intend on bringing the full staff back as soon as we are able. This is just to give us some time to get financially settled in order for us to move forward.”

In a follow call with the media, Pearce described this news as being a “temporary stop gap” and a move made so that the organization could be financially responsible. This decision comes after the board and staff looked at different scenarios and explored other avenues that have been making progress. While there are some things in play, the fact that non-profits like the PCA, which is classified as a 501(c)(6), were not eligible for the COVID-19 related Paycheck Protection Program (PPP). The move to furlough the PCA staff and halt operations will, in Pearce’s view, help ensure that the trade organization has a future. With the furlough, Pearce says there is no expectation that the staff will be doing any work during this time and as it goes on, members of the PCA Board will reportedly be stepping up and volunteering some of their time to fill in the gaps left by the furloughed PCA staff.

Pearce also emphasized that the 2021 show is on and scheduled for July 9-13, 2021 at the Sands Expo in Las Vegas. The board is continuing its work on next year’s trade show. Pearce also noted that this move is in no way related to staff performance, which is the reason why the Board worked as hard as it could to keep PCA’s staff from being furloughed as long as it could. While the offices and staff may not be operating as normal during the furlough, the PCA does hope to maintain its relationships with legislators and keep the momentum going on its work and hopes to be able to return to normal operations sooner rather than later. As for what that work relates to and the projects that are in the pipeline, Pearce did not share full details but alluded that it related to advocacy. 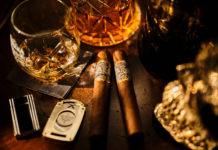 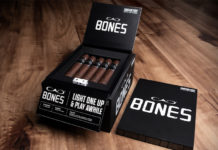 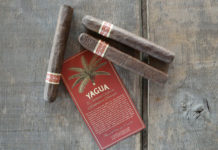