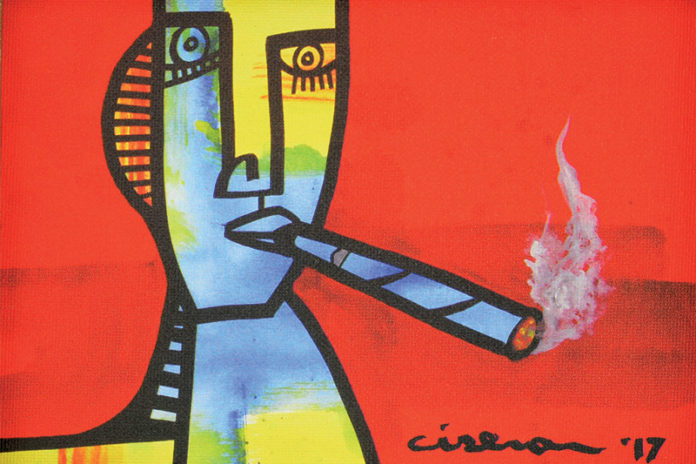 Ciserón’s work fits into the Post-Cubist Subrealism and Minimalist styles of art. He is also an award-winning artist, having won the Julio Visquerra Regional Painting Prize in 1994 as well as various honors from the Honduran government. Each box is designed to be a collector’s item, featuring one of Ciserón’s untitled pieces of artwork.