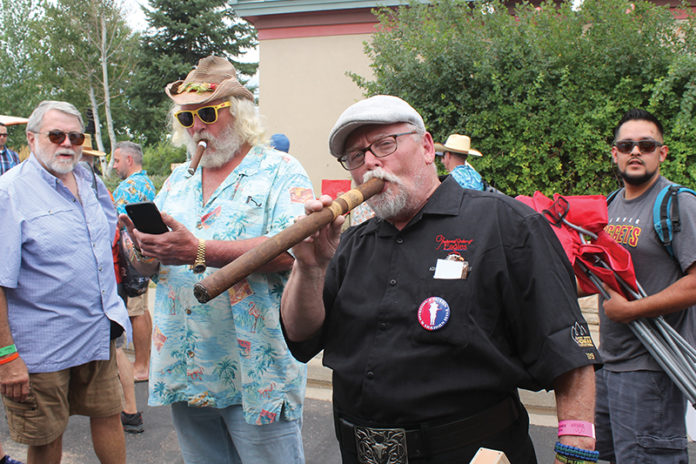 For cigar enthusiasts, there is likely no better place to celebrate their passion and enjoy time spent with fellow cigar lovers than Smoker Friendly’s annual Rocky Mountain Cigar Festival. On Aug. 24, a few thousand such brothers and sisters of the leaf gathered at the Omni Interlocken Resort in Broomfield, Colorado. They enjoyed an afternoon filled with cigar smoking and sampling a plethora of craft beers, wines and fine spirits—all while talking to their favorite cigar industry representatives and listening to live music throughout the beautiful late summer Colorado day. In all, there were approximately 130 vendors at the Rocky Mountain Cigar Festival, half of which were premium cigar companies. 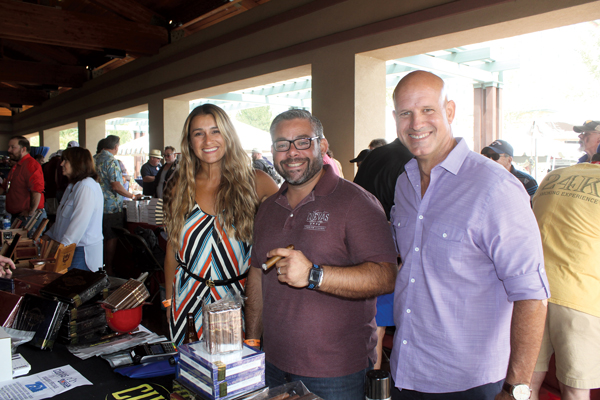 Drew Estate and Rocky Patel Premium Cigars kicked off the Rocky Mountain Cigar Festival with a Mega-Herf on Friday, Aug. 23 from 7 p.m. to 10 p.m. poolside, at the Interlocken Resort, at which attendees could purchase their favorite cigars from the two companies. Many of the other cigar companies held events at nearby tobacco shops.

The festival itself ran from noon to 6 p.m on Saturday, Aug. 24. There were four tiers of tickets that granted attendees varying levels of access. General admission included festival attendance, 30 cigars in an event bag, a cutter and lighter, as well as drink and lunch tickets. VIP tickets included 15 more cigars and access to the VIP lounge, a covered tent where attendees could pay for drinks. VIPs could also get into the festival at 11 a.m., giving them almost unfettered access to the event an hour before its official start and allowing them to be the first to peruse the festival specials. Executive VIP tickets included an open bar at the VIP lounge and early access to the event. Executive VIPs also received higher end cutters and lighters and 15 rare and exclusive cigars in addition to the 45 cigars that VIPs received. For those who perhaps weren’t interested in cigars, the Rocky Mountain Cigar Festival also offered a Social ticket, giving attendees access to the festival plus food and drink tickets.