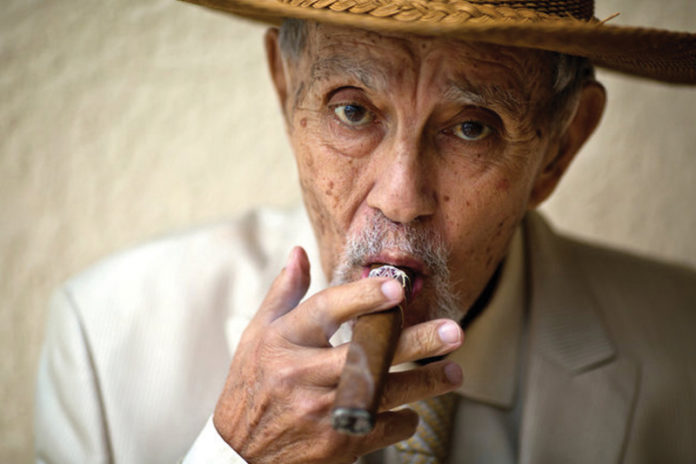 Robert South, an English churchman known for his energetic preaching and Latin poetry, once wrote, “If there be any truer measure of a man than by what he does, it must be by what he gives.” When looking back at the life of Avo Uvezian, it’s hard not to reflect on all that this man gave to the world, and the legacy he left behind. This was a man whose entire life was about giving—he gave his heart through his music, he gave his love of life through his family, and he gave his talent through his cigars. Avo Uvezian was a giving man, never asking for much in return, throughout his final days. A Life of Music
Even though Uvezian passed away on March 24, 2017, his loss feels unreal. Whether you were a longstanding cigar smoker or simply someone in the tobacco industry who only saw Uvezian at the IPCPR show each year, Uvezian seemed larger than life and eternal. Uvezian was born in Beirut in 1926. He inherited his passion for music from his parents, exhibiting it from an early age. In his teens, he traveled to the Middle East as part of a jazz trio named Lebanon Boys. After touring, Uvezian became the official pianist to the Shah Reza Pahlavi of Iran. It was at the urging of the Shah that Uvezian immigrated to the United States in 1947, hoping to continue practicing and pursuing his music.

Once in New York, Uvezian studied classical piano and composition at the Juilliard School of Music. While serving in the United States Army, he developed an interest in cigars, a passion he pursued and explored throughout his adult life. After serving in the army, Uvezian continued to concentrate on his career in music, playing with some of the great jazz musicians in the ’50s and ’60s, and opening a restaurant and piano bar in Puerto Rico in the early 1980s. While managing the restaurant, Uvezian began to develop his own cigars and gave them to his patrons, who couldn’t get enough. Uvezian suddenly had an additional career path to pursue: a cigar connoisseur and manufacturer.
Composing the Perfect Cigars

What made Avo Uvezian unique was how he harmonized his love of music with his passion for cigars. When developing blends, he treated each cigar like a musical symphony, understanding that each part of the cigar—from the wrapper to the filler tobaccos—all needed to work well together to achieve harmony. He traveled to the Caribbean in search of the perfect tobaccos to use in his cigars. He also knew he needed great partners to help bring everything together. In an interview conducted by Davidoff for his 80th birthday, Uvezian recounted how he traveled to Geneva for the christening of his daughter, and how having an expensive Cuban cigar during the trip inspired him to create his own quality brand. “On my very limited capital, I started making trips to the Dominican Republic for one year, studying, learning about tobacco, talking to growers, and the first factory they sent me to was Henke [Hendrik] Kelner’s factory.”