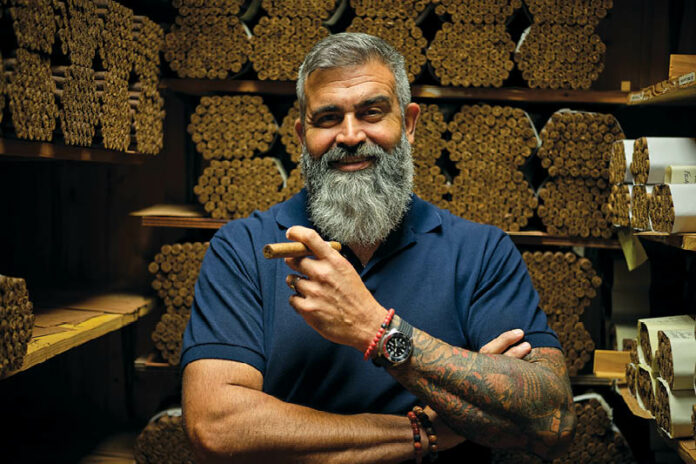 How Great Blends are Made
When Drew Estate wants to release something new into the market, Herrera sets out to make sure all of the boxes are checked: Is the new blend what the company was looking for? Does the company have the right tobaccos to achieve that targeted blend? Some additional things that also have to be taken into consideration are the desired flavor profile, whether there’s a particular wrapper that the company wants to use and what the price point of the final product is. Most importantly, Herrera must make sure that the company can not only secure the right tobacco for the new release but that they will be able to continue to have access to that same tobacco in the future to help establish a consistent premium cigar product for the market.

The Undercrown Shade was the first in many ways. Now one of the company’s most well-known and beloved products, this cigar began with the goal of creating a cigar using a Connecticut Shade tobacco wrapper. Up to this point, Herrera didn’t have much experience with this type of wrapper and oftentimes shied away from it. He was more into fuller-bodied cigars that used Mexican San Andres, Broadleaf, Brazilian or Habano wrappers, so working with the Connecticut Shade wrapper leaf was a bit of a challenge for him. He had to get over his own personal preferences and biases and learn how to work with the Connecticut Shade wrapper in order to bring Undercrown Shade to life.

Another blend that challenged Herrera’s skills as a blender was the Liga Privada H99, a cigar that was actually inspired by a different project. Herrera was presented with the opportunity to create a cigar that would celebrate the 10-year anniversary of the Liga Privada brand. He worked on the project for a little over a year, but nothing he created felt like it met the high standard set by the Liga Privada line thus far. He knew that whatever blend he created would be compared to what had come before. As he struggled with the blend, he received some samples of tobacco, including different wrappers that were completely new to the company. One was a Criollo hybrid, and the other was a cross between a Connecticut Habano and Corojo seed. 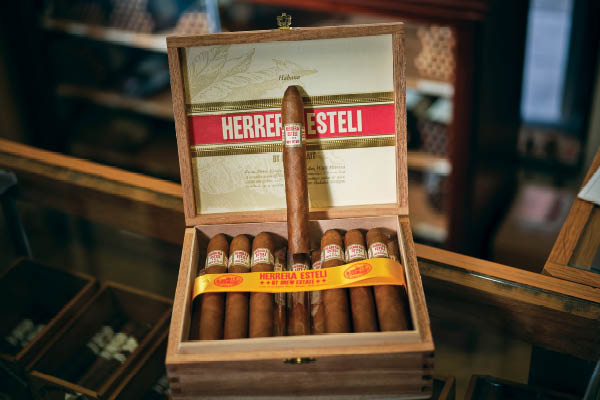 “Out of those samples that I had been working on, there were a few that were really good, but they weren’t ‘wow’ yet,” he says. “I modified the blend a little bit and used that wrapper instead of what I had been working on up to that point. That’s when it was ‘wow.’ All five samples were ‘wow.’ I smoked them with a team in the factory, and they agreed. Then I had those [samples] sent to Miami, and the team in Miami smoked them and they were wowed as well, so much that they couldn’t pick one cigar. They ended up picking two cigars out of that. The stronger, heavier blend that they chose ended up being the Liga 10 Year Anniversary, and then because they couldn’t decide between the two, they decided to release two cigars. That’s how the H99 was born.”

The H99 was a bit milder and a little bit more balanced, sweeter and refined than the Liga Privada 10 Year Anniversary. The Liga Privada H99 used the Corojo hybrid wrapper that he stumbled upon, while the Liga 10 Year Anniversary used the Criollo Broadleaf wrapper. Once he and the rest of Drew Estate settled on the blends, Herrera went to work on ensuring the company could get the tobacco necessary to maintain the blends. This required working closely with the grower and being able to accurately estimate just how much tobacco was going to be needed. Also, Herrera and his team had to figure out how to properly ferment this tobacco since it was something new. By the time they had settled on the tobaccos they needed, the growing season had passed, so Drew Estate had to wait for the next growing season and then for the tobacco to be cured and fermented. This delayed the release of these cigars, but it was necessary and part of the process of bringing a good product to the market. 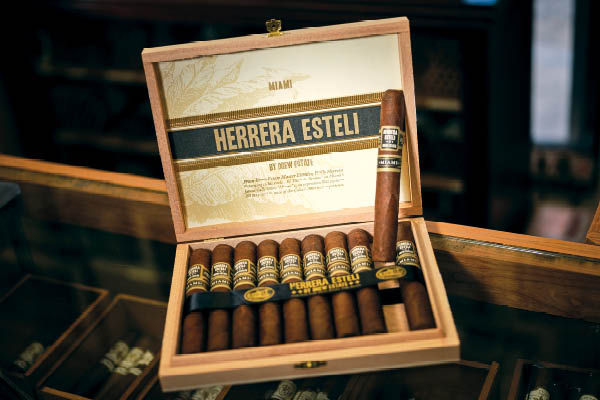 Today, Herrera has other ways of testing the market’s reaction to a blend. When the COVID-19 pandemic began to reshape business and society in 2020, Drew Estate pivoted quickly to add a virtual component to its marketing efforts. Freestyle Live, a virtual show broadcast online through Drew Estate’s Facebook page, allowed retailers and consumers to engage with and learn more about the people and products of Drew Estate. The company began using Freestyle Live to reveal new product releases, such as the Undercrown 10, Acid 20 and 20 Acre Farm. Ahead of the big reveal, Drew Estate released Freestyle Live packs that contained three samples of some of its newest releases. These samples were unbanded and few details were provided on the blends ahead of the big reveal held during the Freestyle Live broadcast. These Freestyle Live sample packs provide Herrera and others at Drew Estate the first bit of feedback as to how that cigar may be received in the market when it’s fully released.