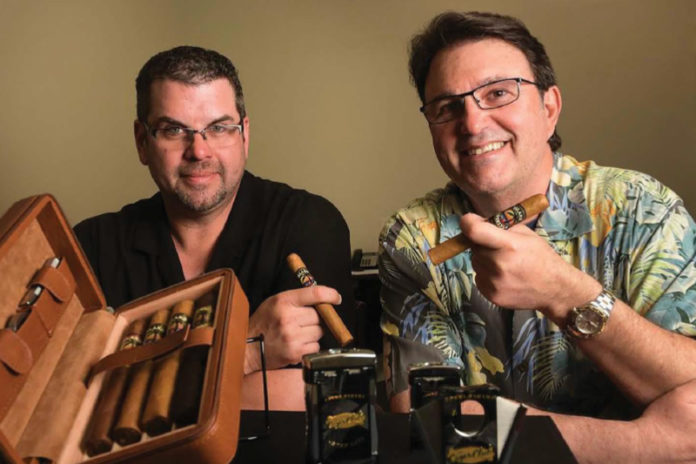 Frontier Brands’ Rick Louis explains why the mass-market cigar category has gotten a bad rap and how his company’s products are being purchased and smoked by so many different retailers and consumers.

In the U.S., there has been a long and contentious relationship between the mass-market channel and cigars. While mass-market cigars are big business in international markets, some believe they are less so in the U.S. The truth is, while premium cigars rake in millions in profits each year, there are some figures that suggest mass-market profits are in the billions. The question then becomes, “Who is smoking mass-market cigars in the U.S.?” The answer to that question gives retailers of all channels, whether it’s a c-store owner or a premium tobacconist, even more reason to carry some mass-market cigar products in their store.

Mass-market cigars are not just a convenience product. They are a category of products, as the name suggests, that has the appeal of many and are anything but niche. Rick Louis, CEO of Island Lifestyle Importers, points out that in order for mass-market cigars to rack in billions in sales, there are premium cigar smokers also smoking these products.

Island Lifestyle Importers was launched over 12 years ago and specializes in boutique premium cigars. The company also manufactures cigar accessories, making its portfolio one that completely serves the cigar lifestyle. In addition to Island Lifestyle’s Tommy Bahama accessory line, the company also makes custom cigar accessories for many other cigar companies around the world.

In 2018, Island Lifestyle wanted to expand its product offerings even further. With all of its knowledge and experiences with premium cigars, Island Lifestyle launched Frontier Brands in 2018, setting its sights on the mass-market cigar category. Louis and his business partner, Ryan Frailing, knew what they were up against launching a mass-market cigar product. There was a commonly held belief that the quality of tobacco in mass-market products was poor, so they made sure to focus on the quality of the tobacco used and bring a premium touch to Frontier’s manufacturing practices. Having worked with many premium cigar brands in the past, they knew that what would ultimately make or break their company would be the material they used.

“Interacting with the most successful cigar companies in the world has put us in a very unique position to evaluate market trends, envision opportunities and have the ability to act upon them,” Louis explains. “Today, Frontier completes the cigar lifestyle circle. From cigars to accessories, premium to machine made, natural to flavored, tobacconist to convenience store, we connect with the entire cigar culture.”

Quality Control
Frontier Cigars doesn’t shy away from the fact that its cigars are mass-market products. One misconception the company is continually working to disprove is the industry-wide idea that all mass-market cigars are the same.

“Many cigar companies use inferior tobaccos and manmade components like homogenized tobacco leaf (HTL) in their manufacturing process—essentially, brown-looking paper,” Louis explains. “All Frontier cigars are manufactured with the finest all-natural tobacco under our strict quality control process. Another big misconception is that premium cigars smokers are not smoking mass-market cigars. They are in a big way—in the billions! If a cigar store or lounge is not featuring these products, they are losing sales to a convenience store nearby.”

Frontier Cigars’ products have many of the same characteristics of a premium cigar, making them not only suitable for retail outlets that typically carry mass-market products, such as convenience stores, grocery stores and smoke shops, but also premium tobacconists. Like many premium cigar brands, Frontier Cigars is manufactured in the Dominican Republic and incorporates all-natural tobaccos grown in the Dominican Republic, Nicaragua and the U.S. Frontier Cigars also doesn’t cut any corners when it comes to its production. Retailers and consumers can expect a premium smoking experience when they choose any of Frontier’s products. The only noticeable difference for many when smoking Frontier’s products is that they’re going to pay much less than they do for a product that is marketed as being premium.

“We’re laser-focused on bringing the same high-quality standards used in manufacturing premium cigars to the traditional mass market but at an affordable price point that will appeal to a wide range of retail customers. Also, better prices mean greater profits for retailers,” Louis states.

Thanks to its work with so many cigar companies over the years through Island Lifestyle, there was far less severe of a learning curve involved when Louis and his team launched Frontier Brands in 2018. Island Lifestyle has grown over the years by keeping track of what consumers want and expect from cigar brands. One discovery Louis and his team has made is that when it comes to consumer preferences and figuring out how they really impact the market, it’s not as clear and direct as some companies believe it is.