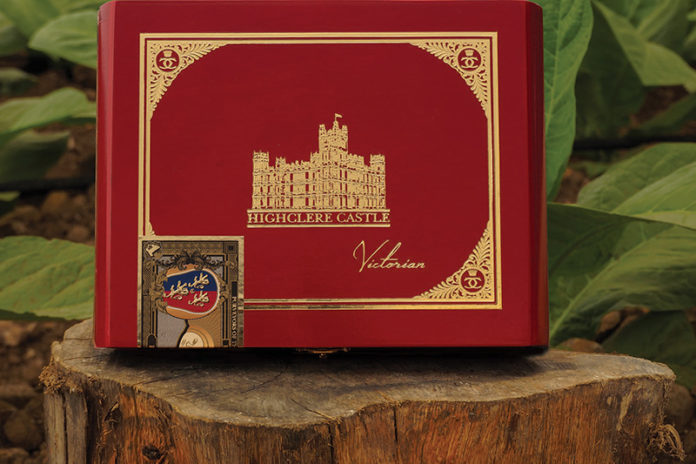 Back in 2017, Foundation Cigar Company released the original Highclere Castle Cigar. Now they are extending the brand with the addition or Highclere Castle Victorian, a cigar that will feature a maduro wrapper. The new blend will debut at the 2019 International Premium Cigar & Pipe Retailers Association (IPCPR) trade show and convention.

Highclere Cigar Company is a partnership between Highclere Castle, the recognizable backdrop of the award-winning television show Downton Abbey, and Nicholas Melillo of Foundation Cigar Company. The Highclere Castle Cigar is meant to echo the style of cigars enjoyed in the 19th century England. The castle’s history goes back to 1862 where it was common for the men to retire to the library after dinner for a cigar and spirits [read more here].

The Highclere Castle Victorian is a full-bodied cigar whose blend consists of an Ecuadorian Habano wrapper, a Mata Fina binder and Nicaraguan fillers including Corojo and Criollo from Esteli, Jalapa and Ometepe. According to the company, the cigar has notes of nougat, cedar, cinnamon, and leather.

“This is some of the rarest and highest quality wrapper that I have been able to source, based on 20 years of building relationships with farmers and exceptional tobacco growers,” says Melillo.