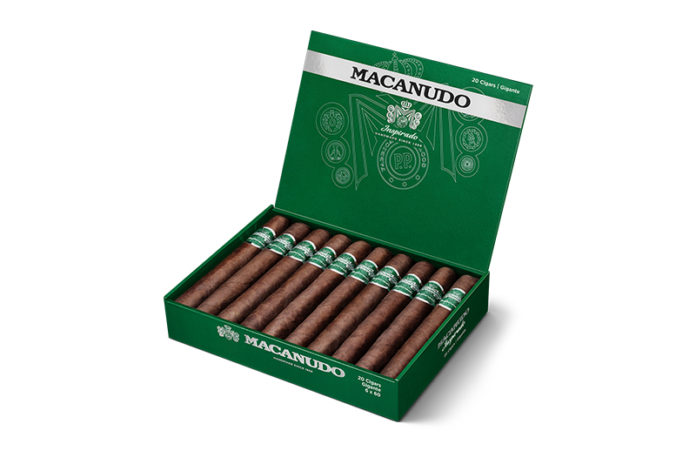 “Macanudo Inspirado Green Gigante brings together the unique experience of Brazilian tobacco with one of the cigar industry’s most in-demand sizes. We’re confident that this new and distinctive smoke will deliver increased excitement to the top-selling Macanudo brand,” comments Laurel Tilley, brand ambassador for Macanudo.

Macanudo Inspirado Green is handcrafted in the Dominican Republic at General Cigar Dominicana. This is a medium-bodied cigar line that features tobaccos from four countries. The wrapper is a rich Brazilian Arapiraca tobacco that serves as a foundation of the blend. This tobacco leaf gives the cigar its glistening look and also gives the cigar its subtly sweet, picante notes. Underneath the wrapper lays the cigar’s Indonesian binder and a blend of Dominican and Colombian filler tobacco leaves that combined creates a full-flavored, medium-bodied cigar that’s filled with notes of earth and pepper.

General Cigar has set the suggested retail price of this cigar at $8.29.

For all the latest news from Macanudo Cigars, visit macanudo.com.