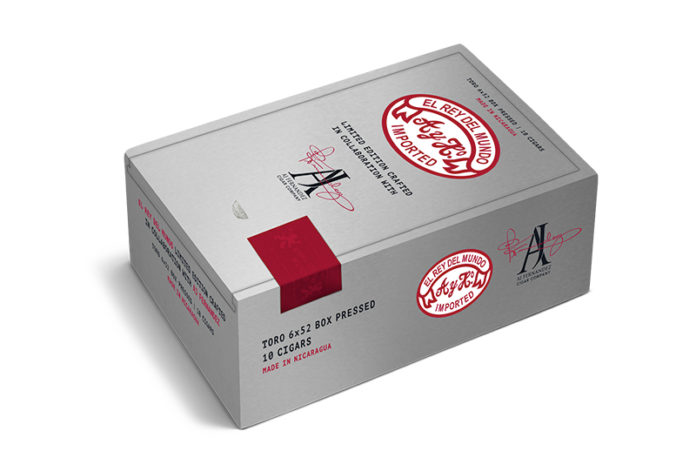 This new cigar is available in one size–a box-pressed Toro measuring 6 x 52–and features a blend by AJ Fernandez. The cigar was handcrafted by artisans at Tabacalera AJ Fernandez in Estelí, Nicaragua. El Rey del Mundo by AJ features a Nicaraguan Habano wrapper and filler tobaccos and has a Connecticut Broadleaf binder. The cigar is said to deliver both body and balance and imparts hints of dark chocolate, cedar and white pepper on the palate.