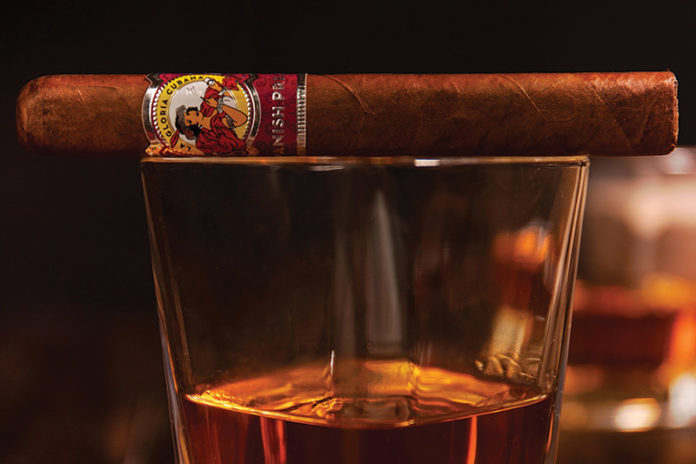 It was in 1968 when El Credito Cigar Company originally opened its doors in Miami, Florida’s, Little Havana neighborhood. The company launched with just two tobacco products—fuma and cazadore short-filler cigars—which were available in various lengths and ring gauges that ranged from 44 to 46. The company was new, and its profit margins were narrow, fueling the hard work and development of new products that would support the factory and its workers. In 1970, Ernesto Perez-Carrillo Sr., then the owner of the El Credito Cigar Company, began making long-filler El Rico Habano cigars, which he sold to his first (and at the time his only) retail buyer. Two years later, the factory launched a brand that would not only help improve its profit margins but also put the factory and the Perez-Carrillo family on the map. 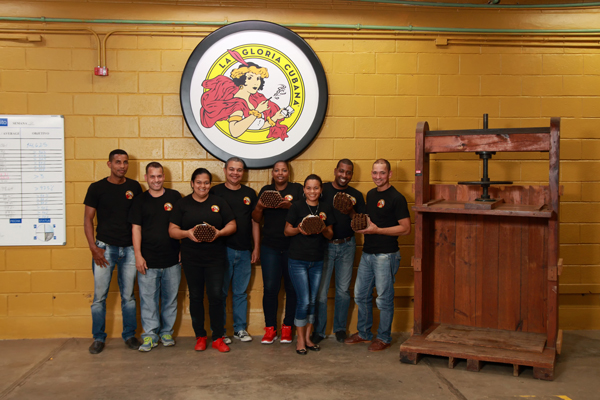 That well-known brand was La Gloria Cubana. Since its launch, La Gloria Cubana has pushed the envelope and challenged the boutique cigar category. In a list of brand milestones, General Cigar Company promotes La Gloria Cubana’s pioneering use of Nicaraguan tobacco, the fact that it was the first cigar brand to introduce a 60-plus ring gauge, and that it was one of the first boutique brands to capture the attention of and be rated by Cigar Aficionado magazine. In many ways, La Gloria Cubana paved the way for the many boutique brands on the market today. It’s a brand that owes its continued relevance and place in the industry to the traditions, history and techniques used at El Credito over the years to produce it. While El Credito has changed ownership and evolved over the years, the time-honored traditions and techniques that helped push La Gloria Cubana to the forefront of the boutique cigar market have remained the same, helping to build the brand’s notoriety and El Credito’s lasting legacy in the tobacco industry.

Evolution of a Factory
El Credito Cigar Company not only served as the launchpad for La Gloria Cubana but also for Ernesto Perez-Carrillo Jr., who at the time was busy learning everything he could about the cigar business. After spending six years experimenting with different tobaccos, he created a cigar blend consisting of Dominican and Nicaraguan tobaccos that was both rich and new to many cigar smokers’ palates. The Perez-Carrillo family was able to give La Gloria Cubana a unique character and taste that appealed to cigar smokers who wanted a cigar with a deeper, more full-bodied flavor profile. Their work didn’t go unnoticed or unappreciated for long. In the spring of 1993, the brand’s popularity and notoriety skyrocketed when Cigar Aficionado awarded four La Gloria Cubana cigars with a rating of 90 or above.

“Ernesto built the brand on innovation, and to this day General Cigar continues to bring excitement to the handmade cigar category through La Gloria Cubana,” explains Steve Abbot, senior brand manager for La Gloria Cubana. “Large ring gauges and fuller-bodied cigars were created by Ernesto at the El Credito Cigar Company and have since become mainstays in the repertoires of cigar lovers the world over.”

Innovation has been a big part in the evolution of the La Gloria Cubana brand since its launch in the 1970s. Even with Perez-Carrillo’s departure from the brand and General Cigar’s eventual full-ownership, the brand continues to spark intrigue and excitement among cigar enthusiasts of all levels.