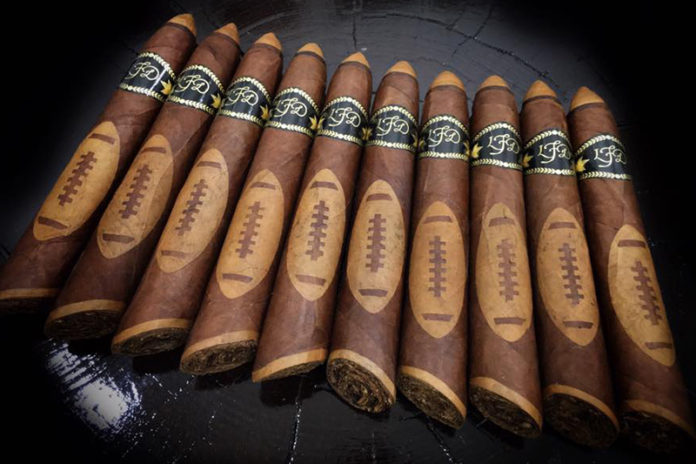 For the past three years La Flor Dominicana has released a special football-themed cigar that’s come out around the Super Bowl. This year is no different as the company has revealed its third Special Football Edition cigar, an exclusive release that will only be found in Texas.

With Houston hosting this year’s Super Bowl game between the New England Patriots and the Falcons, La Flor Dominicana decided Texas tobacconist retailers would get treated to this special release. This year’s cigar is a 6 1/2 x 52 x 60 artesian-style figurado. The La Flor Dominicana Football Edition 2017 cigar has a cut off design, features a football in its wrapper, and consists of an Ecuadorian Habano wrapper and Dominican filler and binder. Only 1,500 boxes containing 10 cigars each have been produced.

For the latest news from La Flor Dominicana, visit laflordominicana.com.