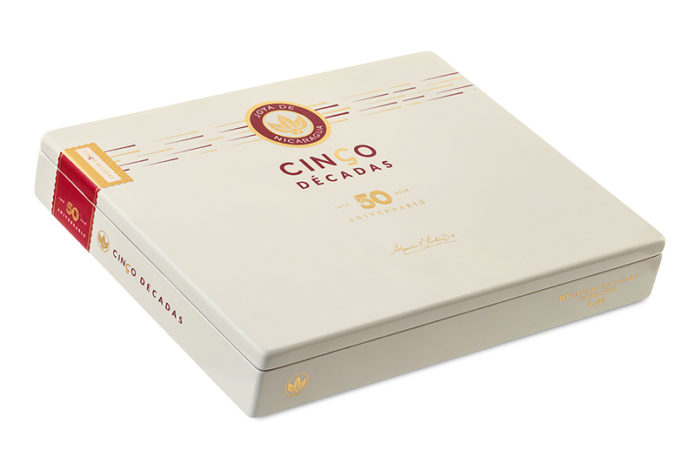 Every Cinco Decadas cigar offering has been named after significant historic associations with Joya de Nicaragua. Diadema was the first shape ever made at the factory; El Fundador is a tribute to the company’s founders; and El General is named for one of the pioneers of Nicaraguan tobacco. This year, Joya de Nicaragua is introducing El Doctor, a Torpedo (6 x 52) to honor Dr. Alejandro Martínez Cuenca, Joya de Nicaragua’s chairman and owner since the early 1990s.

“Giving identities to these special products is one of the most exciting things we do when we are about to release one of these gems that we have created at the factory.  With Cinco Decadas it hasn’t been easy, as we want to recognize all the important icons or milestones that have shaped our history in the last five decades. For me, it was very touching when our agency and marketing team proposed to me to name this vitola after my father, because it was a realization of how much he has been an influence to all of us,” says Juan Ignacio Martinez, Joya de Nicaragua’s executive president, in a press release announcing El Doctor.