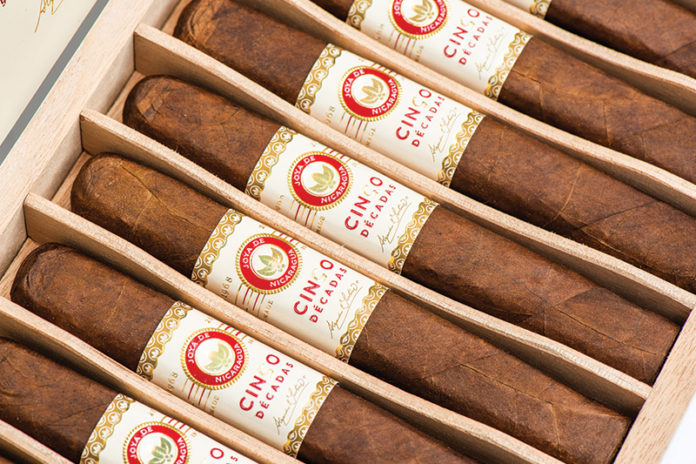 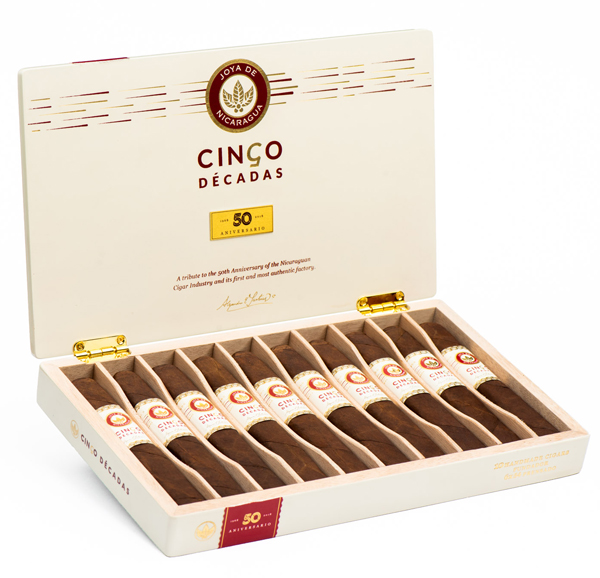 “When we conceived the concept of the brand, we decided that every year until the next big anniversary, we would nationally release a size that would pay tribute to key characters that shaped the story of our company, and thus, today we commemorate the vision of two immigrant businessmen that transformed our country,” said Dr. Alejandro Martinez Cuenca, chairman and owner of Joya de Nicaragua.

“This stunning cigar comes in a 6 x 54 soft pressed format that will captivate you the moment you light it,” he added. “This Gran Toro comes in a 10-count box with an MSRP of $20 per stick, and will only be available at selected retailers around the world. In the United States it is a DDRP (Drew Diplomat Retailer Program) Exclusive product, that will be shipping as of July 2019.”