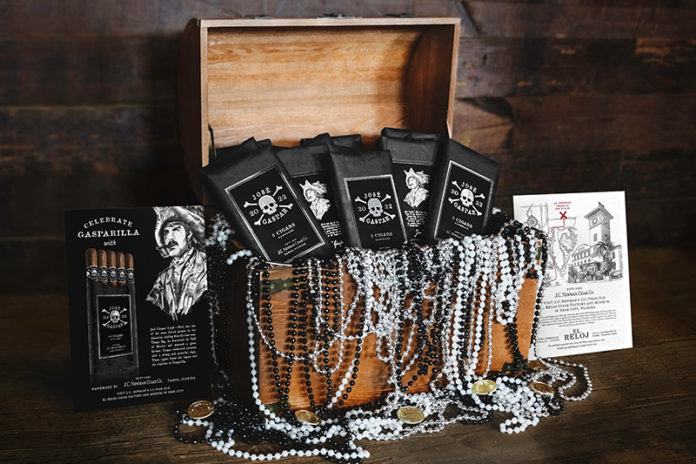 J.C. Newman Cigar Co. is introducing a new cigar brand named after one of the most feared pirates in the Americas.

Since 1885, Tampa has been known as “Cigar City.” Since 1904, pirates have invaded Tampa and thrown a large festival called Gasparilla. J.C. Newman Cigar Co. is bringing both of these Tampa traditions together with the introduction of José Gaspar cigars.

“When pirates invade Tampa and parade down Bayshore Boulevard on January 29, they will be enjoying José Gaspar cigars,” said Drew Newman, fourth-generation owner. “Just like the pirates of Gasparilla, however, José Gaspar cigars will sail out of Tampa Bay at the end of January and will not be available again until next year.”