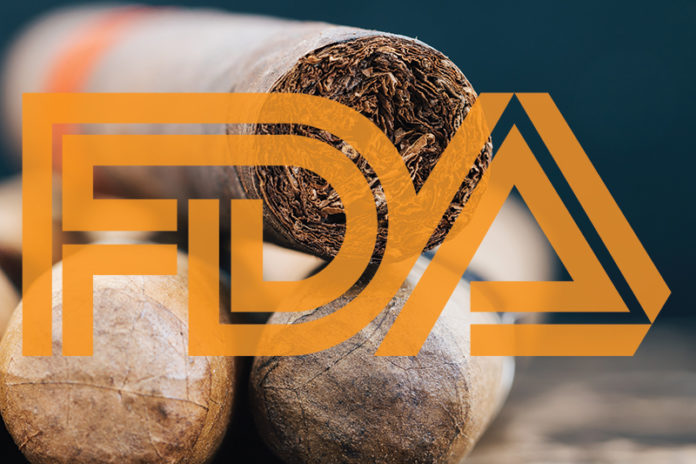 Two major cigar trade associations teamed up to file a response to the U.S. Food and Drug Administration’s (FDA) advance notice of proposed rule making (ANPRM) on premium cigar regulation. The International Premium Cigar & Pipe Retailers Association (IPCPR) and Cigar Rights of America (CRA) announced the filing of a joint comment in response to the FDA’s premium cigar ANPRM, a federal process that allows groups, associations, businesses and individuals to comment on a given subject and provide research and material that could be used by the FDA to change policy.

“One thing we have seen with this administration time and time again is a willingness to look at the regulatory status quo it inherited and say, ‘I don’t think so’,” said Ken P. Neumann, president of the IPCPR Board of Directors.

The IPCPR and the CRA used the ANPRM commenting period as an opportunity to provide evidentiary-based justification for why premium cigars should be regulated differently from how the FDA has thus far chosen to regulate it via the deeming rule imposed in 2016. The two groups provided recently published data, collected and analyzed by federal agencies, and scientists at the FDA. The data analyzed and used in this joint comment was published since the deeming rules went into effect on August 2016 and in many cases goes against the FDA’s reasons for imposing the deeming rules and wanting to regulate premium cigars in the first place. Analysis of this data provided the premium cigar industry with the following findings:

Scott Pearce, executive director of the IPCPR, commented: “These comments represent everything that is great about both IPCPR and the premium cigar industry. They underscore the craft of premium cigars, the importance of the brick and mortar storefronts to local economies across the country, and the makeup of consumers who enjoy the products. If heeded, these will help ensure a free and fair environment for our retailers to flourish in and continue the great cigar (and pipe tobacco) culture.”

Glynn Loope, executive director of the CRA, added: “The Final Rule as issued by the previous administration was a solution in search of a problem. The studies and comments filed by the premium cigar industry last night provide substantive answers to the FDA solicitation for comment, with analysis and recommendations for relief from rules that 289 current and former members of the U.S. House of Representatives, twenty-six current and former members of the U.S. Senate have stated are burdensome, unfair, and go beyond congressional intent. Now, we can add a federal judge that has noted how unjustly the industry has been treated. Now is the time to correct this case study in bureaucratic overreach.”