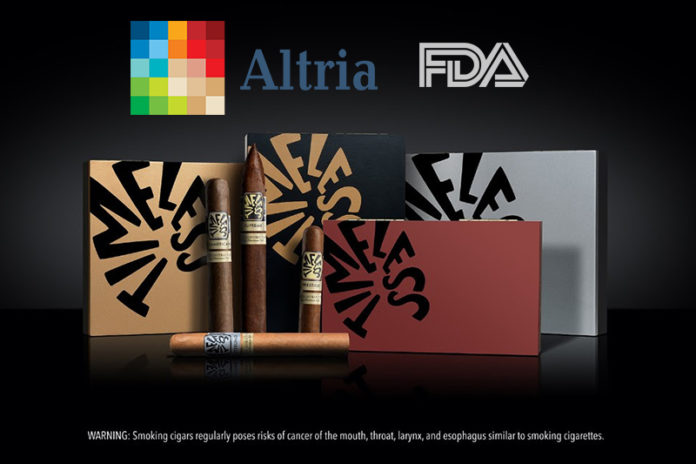 It was the headline that sparked some debate and a bit of controversy–Altria, America’s largest cigarette company, comes out against FDA exemption for handmade cigars. With the posting of a story on various media outlets including Cigar Aficionado, the leading lifestyle and cigar publication in the premium cigar category, cigar manufacturers, retailers and consumers were all in arms and asking the simple question, “What were they thinking?”

INSIDE THE COMMENT
Altria was responding to the U.S. Food and Drug Administration’s (FDA) advance notice of proposed rulemaking (APRM) on the regulation of premium cigars. The letter begins with “Altria, on behalf of its tobacco operating companies, supported the passage of the Family Prevention and Tobacco Control Act (the “Act” or “TCA”) because it believes that a comprehensive regulatory framework can contribute to resolving many of the complex issues surrounding tobacco products. We support FDA regulation of all tobacco products, including ‘premium’ cigars, because all cigars pose health risks,” wrote Jose Luis Murillo, Altria’s Vice President of Regulatory Affairs. “Accordingly, FDA may regulate ‘premium’ cigars differently from other cigars, so long as they differences are science- and evidence-based and FDA applies objective criteria to allow for predictable and fair application of its authority.”

This statement garnered strong reactions from many whose businesses or life include premium cigars, many of it being negative. Regulation and having products that fall under the FDA’s watch is nothing new for Altria, a $25 billion company that not only sells cigarettes but also premium cigars with its acquisition of Sherman Group Holdings, LLC (Nat Sherman). Why would Altria support regulation? In its comment, it states that there is “no appropriate public health justification to exclude premium cigars from regulation” and that excluding cigars from regulation “could suggest to consumers that FDA has determined that some cigars are safer than other cigars, are safer than other types of tobacco products, or do not have the potential to cause disease. It could also motivate some manufacturers to evade regulation by changing the classification of their cigars.”

Altria goes on to caution that though it agrees that premium cigars should be regulated by the FDA, there isn’t a one-size-fit-all approach to said regulation. “If supported by science and evidence, FDA may take into account particular attributes of a tobacco product category or particular products within a category in determining the appropriate level of regulation that should apply.” Altria urges that the FDA consider science and evidence to justify its regulation of premium cigars, that it adopt an objective definition of “premium” cigars and that if the FDA pursued a differential approach to regulation that ‘premium’ cigars should be subject to certain fundamental elements of FDA oversight.

Digging deeper into Altria’s comments provides more insights, including the company’s definition of what makes a cigar ‘premium’, which comes down to the construction and composition of the product itself. A premium cigar, in Altria’s opinion, should be wrapped in 100 percent whole leaf, contain 100 percent tobacco filler, 100 percent tobacco binder, be made by hand, contain no additives other than cigar glue and water, contain no additives or a filter, tip or non-tobacco mouthpiece and should weigh at least six pounds per 1,000 count. “Any definition of ‘premium’ cigars should not be based on price,” the letter states before going deeper into why price has little to do with what makes a cigar premium or not.