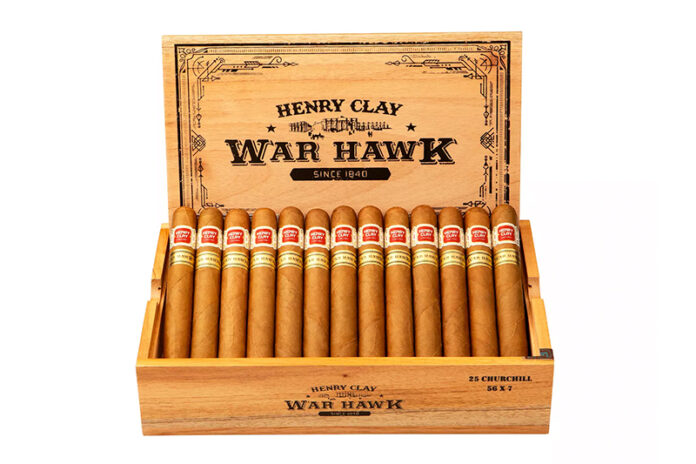 The Henry Clay ‘War Hawk’ is receiving a much-anticipated line extension in the form of a new 7 x 56 Churchill vitola. Each cigar will have a suggested retail price of $9 and will begin shipping to retailers this month.

First released in 2019 by Altadis U.S.A., the Henry Clay War Hawk pays homage to its namesake, Henry Clay, who was Speaker of the U.S. House of Representatives in the early 1800s and was one of the people who pressured then President James Madison into defending the young nation. From Clay’s actions, the term “War Hawk” was created and is still used today in many political circles. Winston Churchill, whom the Churchill-vitola is named after, is another example of a fierce political figure that never gave up.

Henry Clay War Hawk recognizes Henry Clay’s lasting influence and his rebellious nature by not using a Connecticut broadleaf wrapper. This “Hawkish” cigar is described as a “complex smoke, boasting a unique flavor profile, with plenty of spice. This is a medium-bodied cigar with an Ecuadorian Connecticut wrapper, broadleaf binder and Honduran filler. The cigar will come in 25-count boxes.

For all of the latest from Altadis U.S.A., visit altadisua.com.