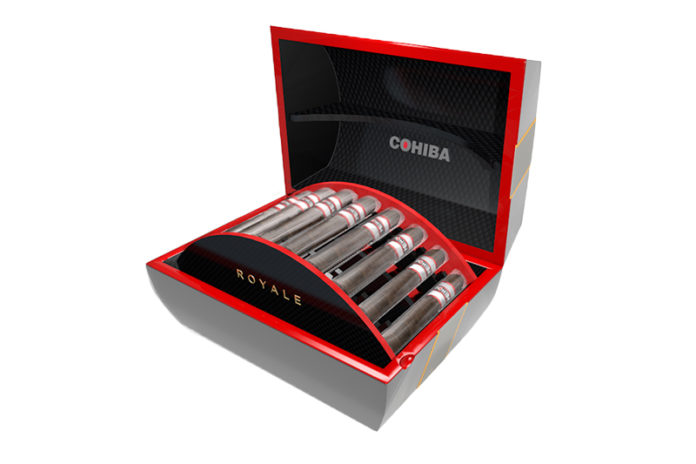 General Cigar has announced the upcoming release of of a new super-premium collection from its Cohiba line, the Cohiba Royale. This new cigar is described as the fullest-bodied Cohiba cigar to date and an important milestone for the the brand.

Cohiba Royale is handcrafted in Honduras and is described as a “dimensional, multi-country blend with tobaccos from Nicaragua, Honduras and the Dominican Republic.” The blend consists of a sun-grown wrapper from Nicaragua’s Jalapa Valley and in a nod to the brand’s Dominican roots, the Jalapa wrapper tops a Dominican Piloto Cubano binder and a selection of filler tobacco grown in Honduras’ Jamastran valley and Nicaragua’s valleys of Jalapa and Esteli. Each leaf in the blend underwent intensive aging for five to six years before making it into the final Cohiba Royale cigar.

“Cohiba Royale was created with the cigar connoisseur in mind, bringing to life the microclimates and fertile soils of the Caribbean and Central America in a way that is unique to the brand. All of the tobaccos that comprise Cohiba Royale are hand-selected and deeply aged, representing the best of the best tobacco growing regions in the world. The result is a cigar that is as bold as it is refined, befitting of the Cohiba name,” commented Sean Williams, brand ambassador for Cohiba Cigars.