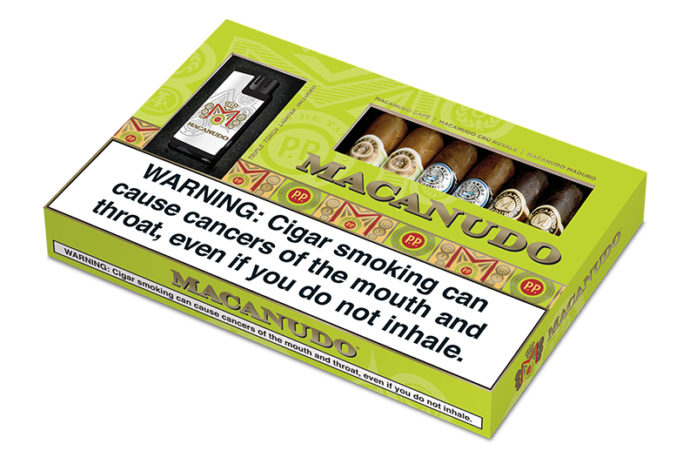 Macanudo Inspirado–both the Black and White lines–will be getting robusto-sized tubo offerings. Macanudo White was introduced at the International Premium Cigar Pipe Retailers Association (IPCPR) 2017 trade show and international convention. Introduced with a lot of fanfare and hype, Macanudo Inspirado White has gone on to earn high ratings and accolades for its quality. General Cigar is hoping to keep the hype going by offering this cigar in a new classic robusto size, now packaged in a protective tube. The white and silver tubo is not only aesthetically pleasing with a white and silver design but it also makes it easier to transport and protect the quality of the cigar. This cigar will measure 5 x 50 and will have an MSRP of $7.49. Macanudo Black also debuted at IPCPR 2017. The new robusto-sized tubo will measure 4.875 x 48 and will have a MSRP of $7.99.