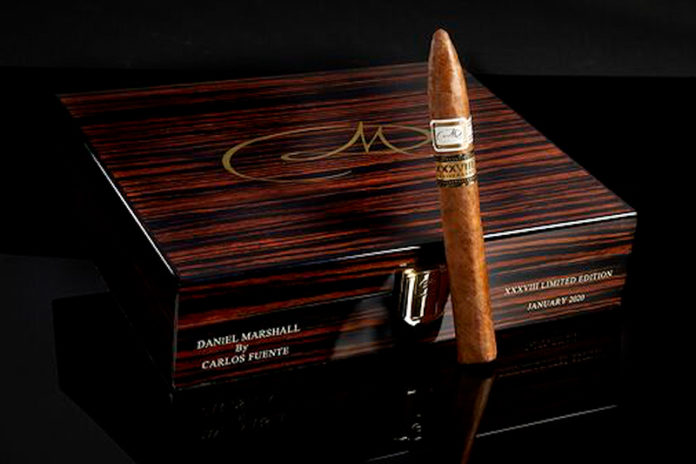 The cigar will be made available to collectors at select world-wide Daniel Marshall Campfire events, and allocated to 38 of the world’s top tobacconists and iconic hotels, representing one location for every year Marshall has been a part of the cigar world. 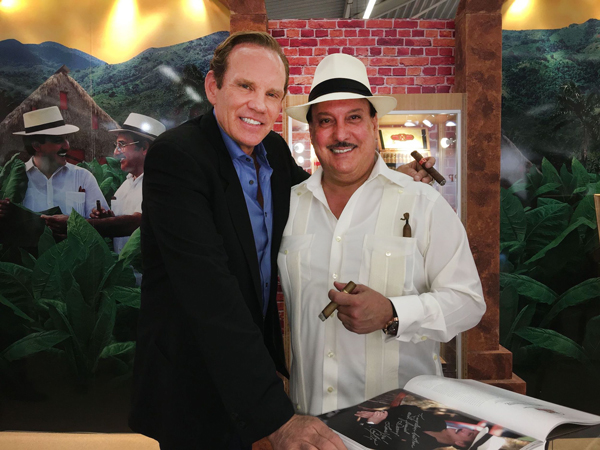 The collaboration between Marshall and Fuente is an homage to friendship. Both men have spent their entire adult lives in the cigar world. “Carlos and I grew up together from boys to men sharing similar values, commitment to quality and an unrelenting quest for the best. What joins us together, the golden thread that runs through our veins and drives us to live our dreams, is a commitment to create in all we do a richness of character and generosity of spirit” Marshall says in a press release announcing the cigar’s launch.

Longevity is a common theme between Marshall and Fuente as 2020 marks important milestones for both men. It is the 38th year since Daniel Marshall founded his first workshop in California where he began creating luxury humidors for Alfred Dunhill of London. This year commemorates the 25th anniversary of the first Daniel Marshall cigar and the release of the iconic Fuente Fuente OpusX cigar, as well as the 108th anniversary of Arturo Fuente.

Such a special cigar should be presented in a special humidor and Marshall and Fuente also collaborated on a unique series of humidors. Each humidor is individually numbered and features

distinctive rounded black edging and Marshall’s trademark “1000 coat finish” to accentuate the beauty of the rare woods. Marshall chose macassar ebony because it was the wood he used to create his very first humidor for Dunhill. The Daniel Marshall humidor holds eight of the Daniel Marshall by Carlos Fuente XXXVIII Anniversary cigars and includes a removable Spanish cedar tray that can increase the capacity to 16 cigars. The collectible humidors are embellished with a golden DM motif on the top as well as gold embossing on the front that reads, “Daniel Marshall by Carlos Fuente – XXXVIII Limited Edition January 2020.” Each cigar is crafted by one artisan at Chateau de la Fuente and is blended with tobaccos of up to 12 years old. The finished cigar is aged in special cedar vaults a minimum of one year.

“The DM XXXVIII by Carlos Fuente cigars are precious, they represent everything I look for in a cigar, effortless draw, rich and smooth taste, a cigar that comes alive,” continues Marshall in the same release. 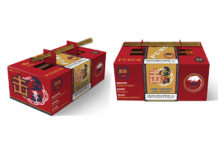