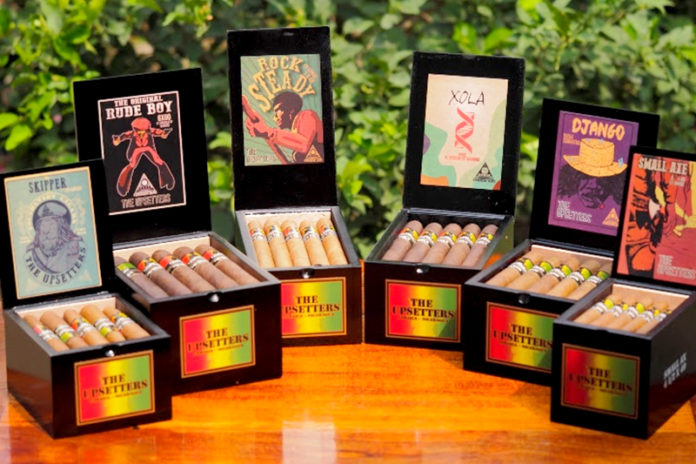 Foundation Cigar Company is refreshing the packaging for its infused Jamaican line, The Upsetters, ahead of the 2019 International Premium Cigar & Pipe Retailers Association (IPCPR) trade show and convention in Las Vegas.

The Upsetters made its debut at IPCPR 2016. Inspired by Jamaican music, culture and tobacco, brand owner Nick Melillo and Foundation’s in-house creative laboratory, The ATOL Collective, created new designs that take a cue from Jamaican album covers from the 1960s.

“When I started smoking cigars in 1996, many of my favorites were made in Kingston, Jamaica. The same year, I fell in love with roots reggae music. The Upsetters is the realization of my two great passions,” commented Melillo.

For all the latest news from Foundation Cigar Co., visit foundationcigarcompany.com.