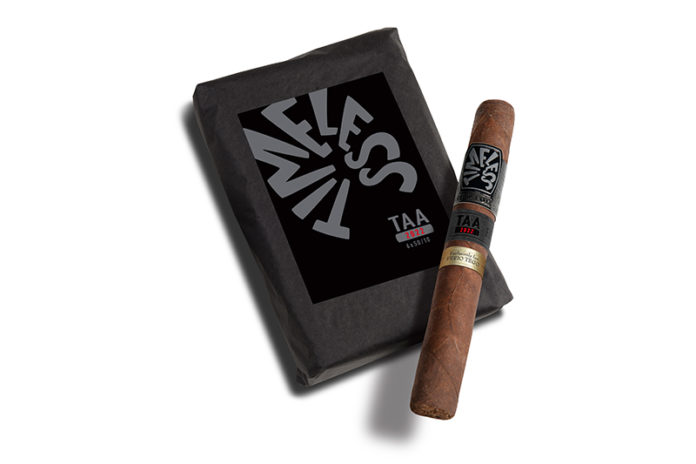 Ferio Tego has announced its first limited release of 2022–the Ferio Tego Timeless TAA 2022. This cigar will be an exclusive to those retailers that are part of the Tobacconists Association of America (TAA).

“The Tobacconists Association of America is a wonderful organization, and their Exclusive Series Products is a critical part of the association’s success,” states Michael Herklots, co-owner of Ferio Tego, LLC. “Personally, this year’s release is quite special because, while it is the fourth time I’ve developed blends for TAA Exclusive products, this is the first time I’m doing it under my own brand.

“The 2020 TAA Limited was launched just as the nation went into lock down. So much has happened over these last two years. This year’s Timeless TAA 2022 is largely inspired by the 2020 blend, utilizing very special tobaccos from Nicaragua, filler tobaccos and a binder from the Jalapa region and a wrapper from Esteli. We worked closely with the Plasencias to create complexity and nuance, but also vivaciousness. The result is a blend experience that is savory but also full of life… perfect for 2022 and looking towards a bright future.”

The Timeless TAA 2022 is described as a Nicaraguan puro made by the Plasencia family in Esteli, Nicaragua. It is presented as a 6 x 50 Toro in limited mazos of ten cigars. Similar to the 2020 Timeless TAA, this new version features a black and grey motif for the Timeless branding but new this year is the brand’s touch of red used to distinguish it from the previous release. Only 700 mazos of ten cigars will be released. Each cigar has a suggested retail price of $15. The cigars are expected to ship to retailers later this spring.

For all the latest news from Ferio Tego, visit feriotego.com.