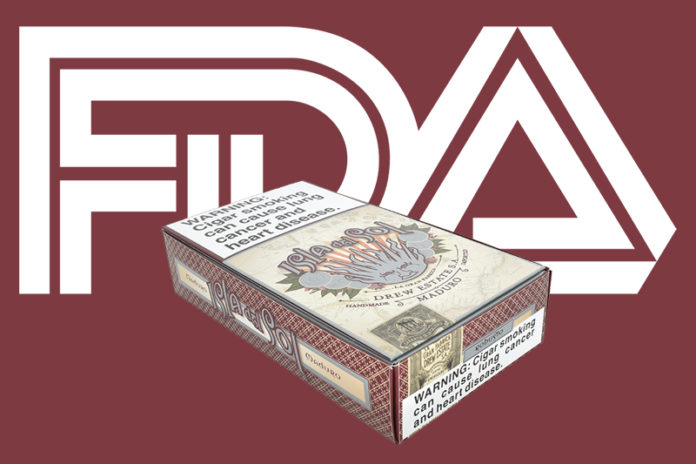 For cigar and pipe businesses, there’s finally some good news to report on the ongoing lawsuit between the U.S. Food and Drug Administration (FDA) and various cigar trade groups. Earlier today, D.C. Court Judge Amit Mehta issued an injunction that prohibits the FDA from enforcing its warning label requirements on cigar and pipe tobacco products. The warning label requirement has been a major source of tension in this ongoing legal battle, often called burdensome, unclear and costly by many manufacturers [read more here]. While this injunction only temporarily resolves this issue, it’s the first major win for these tobacco businesses and offers a glimmer of hope for many that more relief and “wins” could be in the future.

Scott Pearce, the executive director of the International Premium Cigar & Pipe Retailers Association (IPCPR), commented via a press release: “This deadline has been bearing down on our members for some time now. And while this is a temporary reprieve, it is a welcome development and hopefully a sign that our message is resonating. IPCPR is proud to be a party to this lawsuit, and we’ll continue to work with our great legal team and staff in DC to bring about the optimum regulatory framework for the premium cigar industry.”

Trade associations like the IPCPR, Cigar Rights of America (CRA) and Cigar Association of America (CAA) are claiming a victory in this decision and attributing it in part to their joint efforts over the past few years to legally challenge the FDA’s Deeming Rule, first imposed in the summer of 2016. While Judge Mehta came out in favor of the FDA months ago in ongoing lawsuit with the cigar industry [read more here], the three trade groups appealed and requested that the warning label requirements be postponed until a decision on its appeal be finalized. Mehta agreed on the basis that the warning label requirements brings into question a retailers’ constitutional rights and that the FDA was unjustified in imposing a requirement like the warning labels before certain issues had fully been argued and resolved.