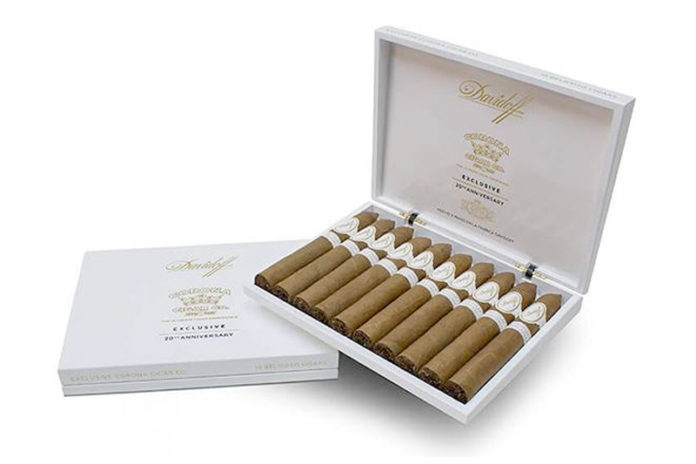 “The Borysiewicz family has been trusted colleagues of Davidoff for over 20 years,” said Richard Krutick, Vice President of Marketing at Davidoff of Geneva USA. “As one of our largest partners, the collaboration to create a 20th Anniversary Exclusive incorporating FSG was a natural decision.”

Borysiewicz added: “We are very proud to be working with Davidoff and there is no way better to celebrate our 20-year milestone of becoming a leader in premium cigar retailing. Our unique and exclusive Florida tobacco farm has truly allowed our company to come full circle as a premium cigar retailer as well as the world’s only grower of prized Florida cigar tobacco.”

For the latest news from Davidoff, visit davidoff.com.