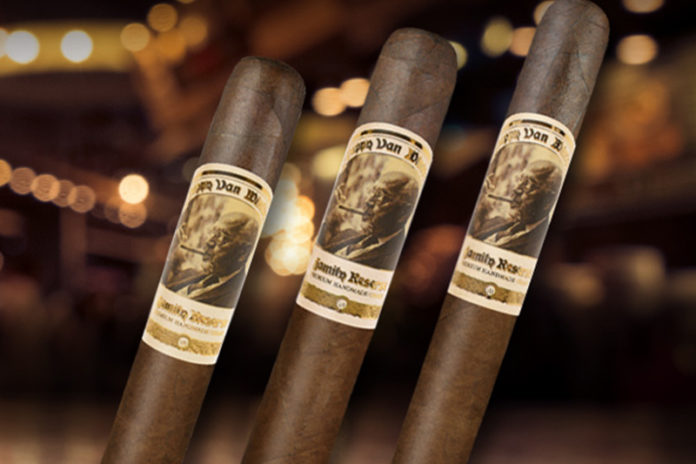 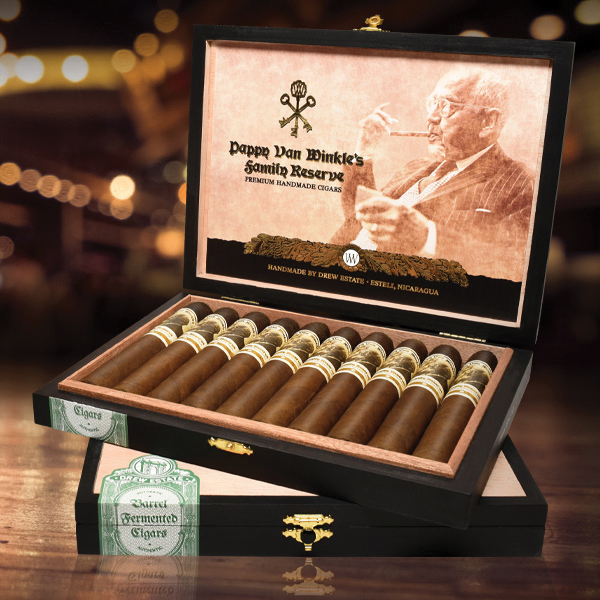 Pappy Van Winkle Barrel Fermented cigar is a long-filler, premium cigar rolled in limited quantities at La Gran Fabrica Drew Estate in Estelí, Nicaragua. This cigar is made different by the deep barrel fermentation process it goes through. Hand selected leaves from Kentucky are packed into small bundles of tobacco called torquettes, which are loaded strategically into oak bourbon barrels. Water is then added and immense pressure is applied to the torquettes via railroad jacks. The tobacco is removed 2-3 times each year and shaken out, then repacked. The total process of fermentation takes 12-18 months, giving the final cigar a unique flavor profile and aroma. 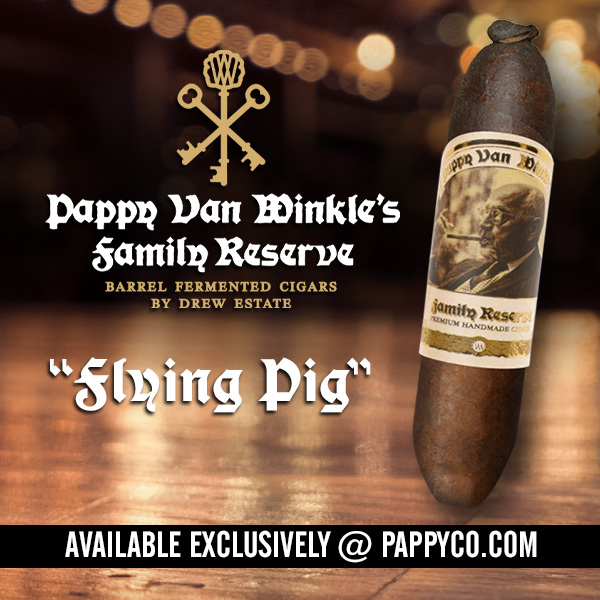 Drew Estate will also be releasing the Pappy Van Winkle Barrel Fermented Flying Pig, a cigar that will be sold exclusively through pappyco.com. The cigar is a 3 15/16 x 60 flying pig vitola, one of the most consumer demanded sizes in Drew Estate’s portfolio.