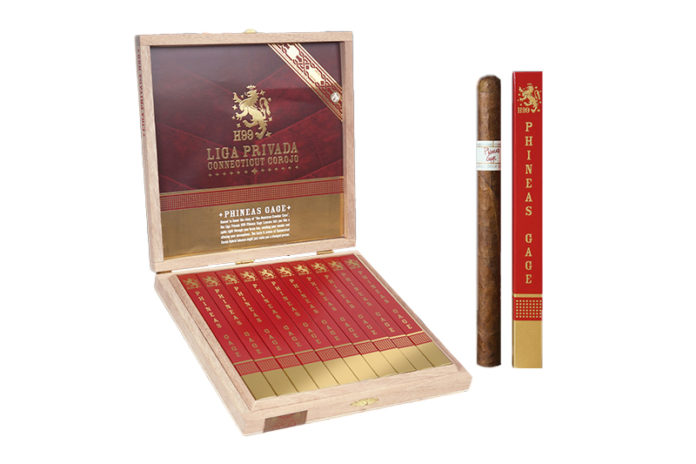 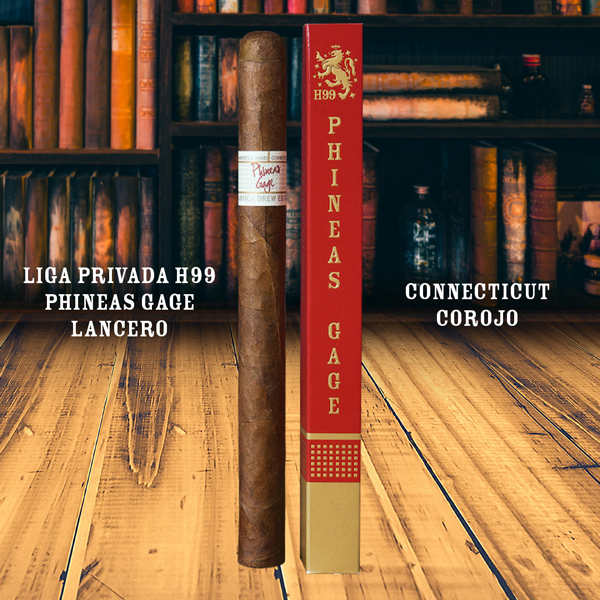 Phineas Gage’s name was inspired by the improbable story of Phineas Gage, a railroad foreman who in 1848 survived a grievous accident when an iron rod was driven completely through his head, forever changing his personality. This became known as the “American Crowbar Case” as Gage’s story became a medial curiosity and spearheaded a psychological and neurological studies into how the brain affects personality development.

“The Liga Privada H99 Phineas Gage Lancero hits you like a spike right through your brainbox and you’ll never be the same,” says Drew Estate founder and president, Jonathan Drew.