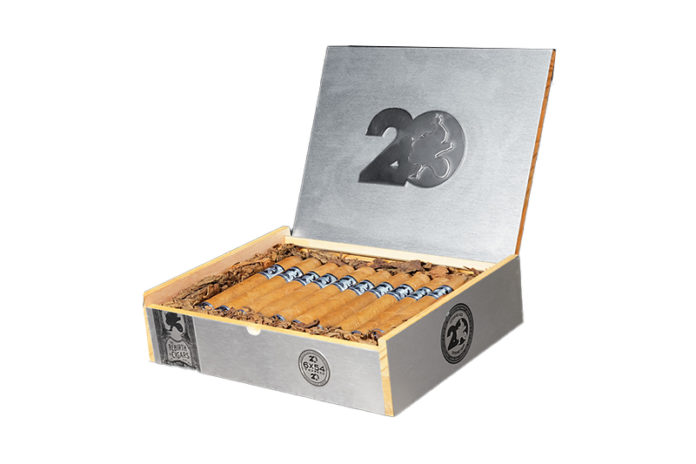 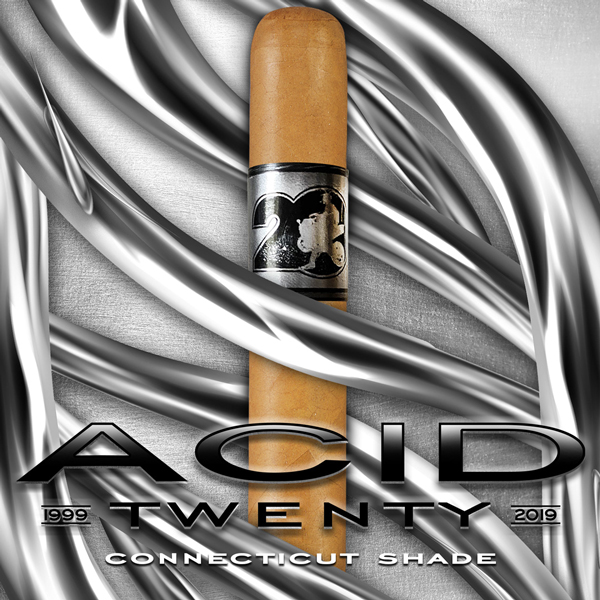 Drew Estate is continuing to celebrate the 20th anniversary of its iconic ACID brand with the release of the ACID 20 Connecticut Toro. This new cigar will make its debut at Tobacco Plus Expo (TPE), held in Las Vegas Jan. 26-28, 2022.

In 1999, Drew Estate released the first ACID cigars into the world. These cigars bridged the old-world tobacco traditions with the new-world innovation Drew Estate has since become known for. ACID was a brand that tapped into an iconic taste and style that was influenced by Brooklyn, New York and the success of the brand helped put the then new Drew Estate on the map. Since then, ACID has become a mainstay in many retail outlets, from convenience and grocery stores to premium tobacconists.

During its latest Freestyle Live broadcast, Drew Estate revealed the ACID 20 Connecticut, presented as a 6 x 54 Toro. ACID 20 Connecticut is described as being a “smooth, mellow, sweet and aromatic” smoke with a blend that consists of a Connecticut Shade wrapper, flavorful Indonesian binder, and bold Nicaraguan filler tobaccos that results in an exceptional smoking experience.