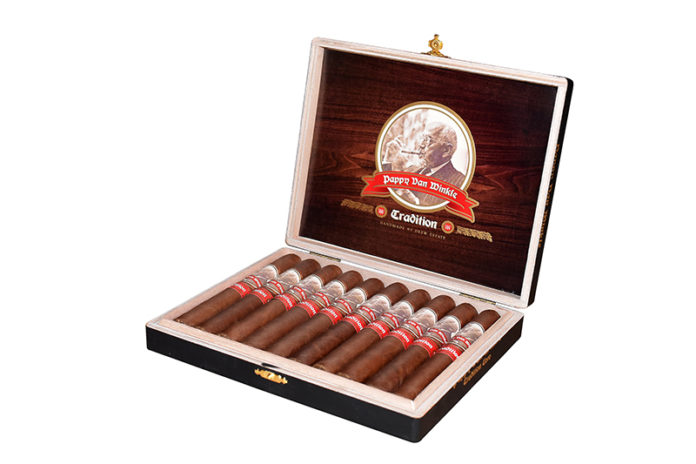 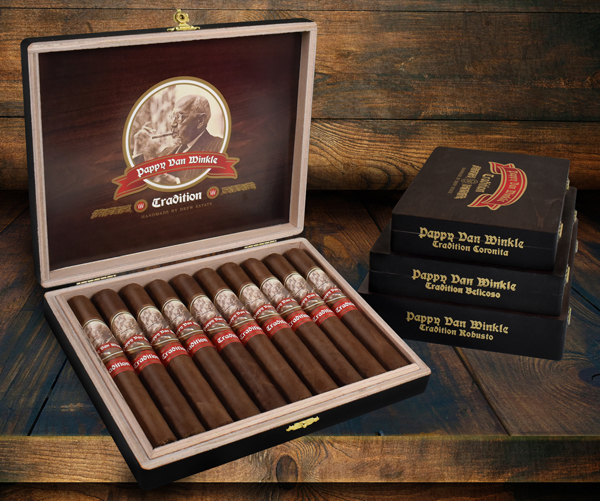 For years, Drew Estate has partnered with the Van Winkle Family to create an ultra-premium cigar that celebrates the legacy of Julian Van Winkle. The 2018 release of Pappy Van Winkle Tradition will feature an Ecuadorian Habano Oscuro wrapper, Indonesian binder and aged filler tobaccos from Nicaragua and the Dominican Republic. The new Pappy Van Winkle Tradition cigar has been aged one additional year to give the cigar added nuance and complexity. Pappy Van Winkle Tradition will be available in the following sizes: Coronita (4 x 46), Robusto Grande (5 1/2 x 54), Toro (6 x 50), Belicoso Fino (5 x 50), Churchill (7 x 48). The cigars will be packaged in 10-count boxes with an MSRP that ranges from $145.97 to $245.97. The Churchill size will only be available at Drew Diplomat Spirits Retailers.

“The Pappy Van Winkle Tradition is an ultra-complex cigar that honors the history and craftsmanship of the Pappy Van Winkle bourbon. We chose to age these cigars an additional year for this release, as Willy Herrera wanted to amplify the smoothness,” commented Jonathan Drew, president and founder of Drew Estate.