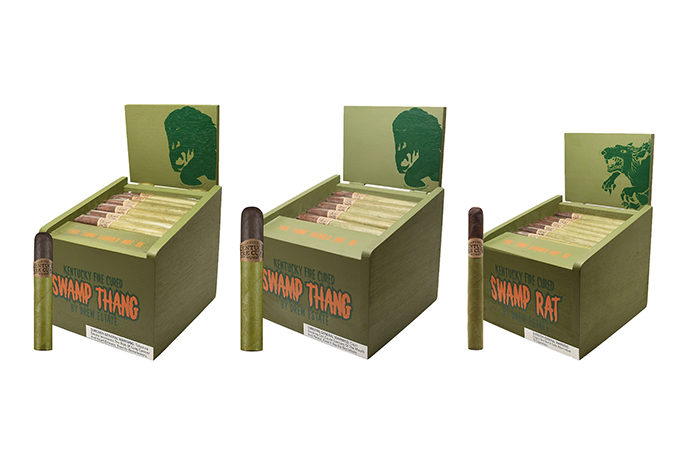 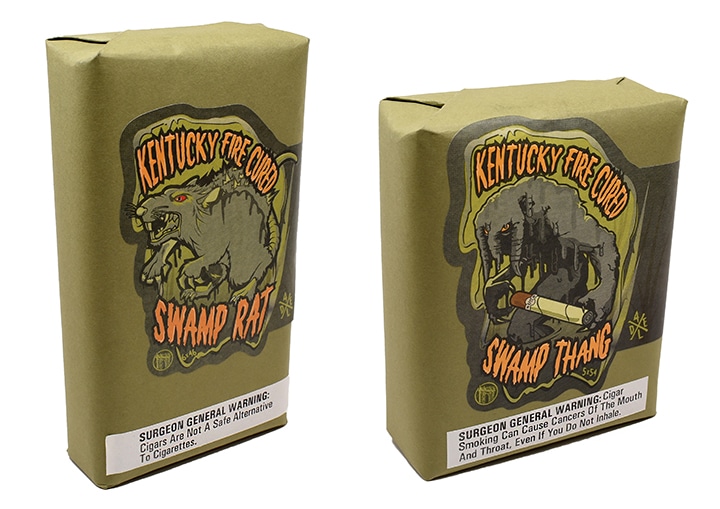 These two cigars have two wrappers that are divided under the cigar’s band, featuring a bright green candela leaf that’s the focal point of the new band. Drew Estate is the first company to pair fire-cured tobaccos with a candela wrapper.

In a press release, the company stated, “Pairing the smokiness of Fire Cured Tobacco with the sweetness of Candela wrapper, Kentucky Fire Cured Swamp creates a uniquely balanced, complex and savory cigar; perfect for fans of both Fire Cured and Candela tobaccos.”