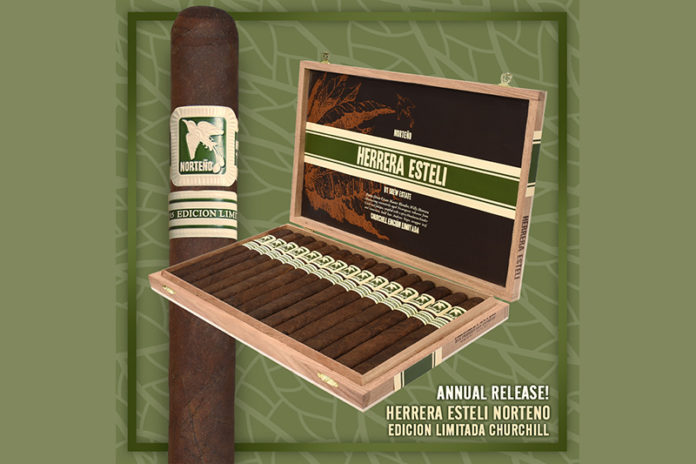 The Herrera Esteli Norteño Edicion Limitada features extensively aged tobaccos grown in the Estelí and Jalapa growing regions of Nicaragua. It also has a spicy Honduran binder and a rich, bold Mexican San Andrés maduro wrapper presented in a 7 x 48 box-pressed Churchill. It has a unique Norteño blend that creates a smooth, complex smoke.

Willy Herrera, Drew Estate’s master blender, commented: “The Norteño Edicion Limitada is a killer stick. At all of my events, consumers come up and ask when it is coming back. I am happy to say this limited release will satisfy some of the demand, but they better grab them quick before they disappear.”